REC exhibits its latest member of the award-winning REC Alpha family and joins forces with its new owner, Reliance Industries Limited, for a major drive to recruit new talent for their upcoming Solar Giga Factory in India. 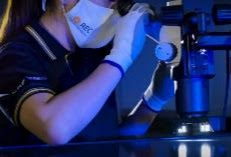 Munich, Germany: REC Group, an international pioneering solar energy company headquartered in Norway, and its new parent company, Reliance Industries Limited, are putting on a compelling show at Renewable Energy India (REI) from 28 to 30 September, booth 15.07. REC is exhibiting its new Alpha Pure-R solar panel, just one year after launching the 2022 Intersolar Award winner, REC Alpha Pure. Demonstrating its commitment to supply its many customers with innovative solar products, REC has doubled its Alpha HJT production capacity in Singapore for the new solar panel. Together with Reliance, a Fortune Global 500® corporation, the companies are also recruiting in a significant way talent for their new Solar Giga factory in Jamnagar, India. 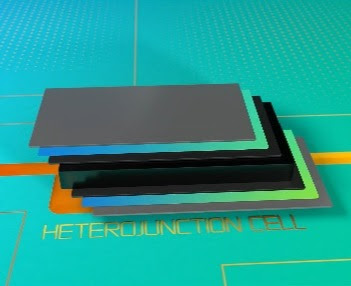 REC innovations on show at REI

Marking a return to full strength this year, REI – India’s premier B2B expo for the renewable energy sector – expects to welcome over 40,000 trade visitors to its 2022 edition in Greater Noida just outside Delhi. To stand out among the 700-plus exhibitors, REC is planning a big show with a high-caliber local and international team.

REC is exhibiting its latest innovations, including the new Alpha Pure-R premium solar panel, which was unveiled at Intersolar Europe in May. REC CEO Jan Enno Bicker outlines the highlights: “The REC Alpha Pure-R hits the sweet spot in terms of its power output, size, weight, and handling. With its high-power density innovations, the new panel follows the lead-free and RoHS compliant REC Alpha Pure Series. We are proud to report that the REC Alpha Pure won the prestigious Intersolar Award 2022 – so the new REC Alpha Pure-R builds on a great heritage!” Featuring heterojunction (HJT) cells in the large G12 format in a patented panel design, the REC Alpha Pure-R delivers power output of up to 430 Wp, while keeping the module under two square meters in area. This makes the new product ideal for residential installations where space is limited. 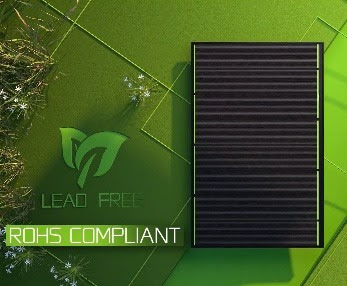 The REC Alpha Pure-R goes into production in August 2022 at REC’s new production lines in Singapore, where REC is doubling its Alpha HJT product line capacity from 600 MW to 1.2 GW. As India’s largest private company with revenues of USD 104.6 billion, Reliance is building on over 5,000 acres a new Solar Giga factory, the Dhirubhai Ambani Green Energy Giga Complex, in Jamnagar, India. It will be one of the largest integrated renewable energy manufacturing facility in the world, and will embrace high-power solar panels based on advanced technology, storage, electrolyser, e-mobility, R&D and basic raw materials.

The new Solar Giga Factory in Jamnagar takes Reliance and REC a step closer to bridging the green energy divide in India and around the world, helping to fulfil REC’s and Reliance’s declared aim of empowering people worldwide through clean solar energy. It’s an ambitious goal – and REC is seeking talented individuals to help make things happen, as Jan Enno Bicker explains: “We have huge expansion plans in the region, and we are looking for new talents to join Jamnagar’s Solar Giga Factory and our Centre for Excellence in Singapore. As we care about people and environment, we are looking for new team members who are passionate about creating a cleaner planet for a secure future with us!”

REC Group is an international pioneering solar energy company dedicated to empowering consumers with clean, affordable solar power through high-quality solar panels with a leading power density. As Solar’s Most Trusted, REC is known for its patented innovations and multiple award-winning products with reliable long-term performance. The cornerstone for REC’s strong reliability is advanced and highly efficient manufacturing using Industry 4.0 practices. Founded in 1996 in Norway, REC has always been committed to a low carbon footprint in its solar materials and panels. REC is headquartered in Norway with operational headquarters in Singapore and regional hubs in North America, Europe, and Asia-Pacific. As of December 2021, REC is part of Reliance Industries Limited, a Fortune Global 500® company with revenues of USD 104.6 billion.