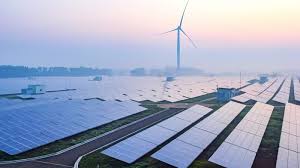 Renewable Energy – Will this year’s Budget be green enough? 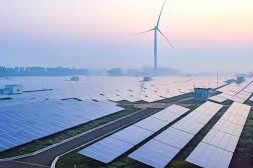 Renewable Energy – Will this year’s Budget be green enough?

The upcoming budget is an opportunity to help restore the confidence in stakeholders and the government will have to do its bit.

With the curtains down on national elections and the country awaiting the first budget of the newly elected government, it is the renewable energy sector which is biting its fingernails. Although the focus of the government is on the renewable energy sector, it did not presumably receive the expected treatment in the interim budget presented earlier this year. While there were expectations of tax cuts, subsidies andincreased allocation for MNRE and SECI, the interim budget only scraped through the surface with some references for renewable energy, little emphasis on EV technology and no firm commitments for the sector.

Year 2018 was tough for the renewable energy sector, both for solar which saw a downturn in growth owing to the imposition of the safeguard duty in the middle of the year, and wind which took a hit with its allocation being reduced by almost 20 per cent compared to the figures of FY18-19. To top it up, cancellation of many auctions led to dampening of spirits across the renewable sector. The renewable energy sector that was eagerly expecting some big bang announcements and policy boosting measures to ensure resurgence washanded out a populist interim budget with much disappointment to deal with.

As pointed out by global energy experts, in a fossil-fuel free world a paradigm shift is needed ingovernment policies to ensure the fossil fuel deficit nations are producing their own energy and moving towards self-sustenance. Keeping in view the present situation, reducing the existing power deficit, augmenting the country’s renewable capability and achieving the environmental commitments made in the Paris agreement on climate change will be an uphill task for the Finance Minister to deal with.

To continue to provide impetus to the renewable sector, the budget will have to be judiciously tailored and some of the key considerations would include a wider utilization of the National Clean Energy and Environment Fund (NCEEF) for states that are largely tendering projects with a tariff ceiling, an increased allocation of funds from the NCEEF to state discoms and SECI which would go a long way in increasing the investor confidence, introduction of incentive packages for DISCOMs to accelerate rooftop solar and captive plants, which are struggling, introduction of accelerated depreciation for both these segments to boost the confidence of investors who are currently shying away from this segment, schemes that create conducive environment for domestic manufacturers to become active partners in the sector, policies to incentivize technologies like floating solar, flexible modules, tidal power that have the potential to further the penetration of renewables, and last but not the least dealing with the funding issues being faced by the sector through capitalization of the banks and also through introduction of concessional rates of financing for renewable sector.

Though MNRE has expressed its concern over thepriority sector lending limits currently in place for the renewable sector, it remains to be seen whether the government will impress upon the RBI to remove such limits and ultimately enable banks and financial institutions to increase their exposure to the much-wanting renewable sector.

The government would also need to bear in mind that the newer technologies such as offshore wind and battery storage, which have been on the forefront of vision documents, would have to be allocated some firm commitments. Given how these newer technologies can address some of the key issues in the renewable sector (land acquisition and grid instability) it would only be prudent for the government to come up with investor friendly policies and at the same time clearly defining safeguards for localizing such new technologies, to create a positive impact with the other stakeholders in the sector.

With India’s commitment of 175 GW of renewable energy capacity by 2022, it is imperative for thegovernment to initiate concrete steps for supporting the sector. The upcoming budget is an opportunity tohelp restore the confidence in stakeholders and government will have to do its bit. A positive ‘GreenBudget’ will be a pivotal step in the country’s journey to becoming a global leader in the renewablesector.

About Ajay Sawhney
Ajay Sawhney is a Partner at Cyril Amarchand Mangaldas’ Projects and Project Finance Practice. He advises banking and non-banking financial institutions in complex transactions including lending to airport, road, power generation and other infrastructure projects.