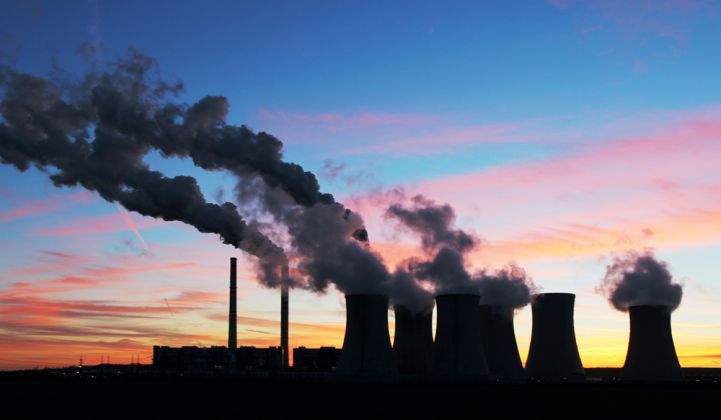 Report: Local Wind and Solar Plants Beat Out Majority of US Coal Plants on Cost 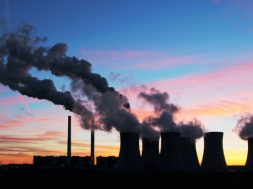 Report: Local Wind and Solar Plants Beat Out Majority of US Coal Plants on Cost

A new report provides more evidence that wind and solar economics are edging out coal.

It would be cheaper to build local wind and solar projects than continuing to operate 74 percent of U.S. coal plants, according to a new report from Energy Innovation, a clean energy advocacy and research organization, and Vibrant Clean Energy.

The levelized cost of energy from new renewables plants built within 35 miles of an existing coal-fired station is lower than that of 74 percent, or 211 gigawatts, of the 2017 U.S. coal fleet, the authors claim.

By 2025, the report bumps at-risk coal capacity up to 246 gigawatts, the current size of the U.S. fleet.

“This is not a fantasy of a supercomputer. This is really what’s happening today,” said Eric Gimon, a senior fellow at Energy Innovation.

Though the analysis compares coal plants to nearby wind and solar on a purely economic basis, using costs for fuel, plant upgrades and operation and maintenance for coal, the report’s authors say the results don’t necessarily indicate that cheap renewables can replace coal without further consideration.

“The crossover between new renewable and coal running costs is just one important part of shutting down existing coal plants,” write the authors. “Any decision on how to proceed will require further modeling of grid impacts and alternative sources of reliability services, as well as the possibility for even cheaper renewables replacements farther away than the 35-mile maximum radius.”

The report does not include the cost of shutting down coal plants in its analysis. It also doesn’t assess the time-based value of energy for coal or the reliability needs of the electricity system, which might make it difficult to substitute a wind or solar plant in the place of a coal plant even if the new plant has the same capacity. Energy storage or demand response might need to support new-build renewables in some cases.

“The purpose of this analysis is not to demonstrate you can replace a coal plant with wind and solar and that’s the end of the conversation,” said Mike O’Boyle, director of electricity policy at Energy Innovation. “This is not a reliability analysis. It’s looking at energy on an annual basis, and of course wind and solar generation is not going to match up on a time scale with what’s generated by coal.”

Instead, O’Boyle said, the report is meant to spur “the beginning of a larger conversation” among policymakers, regulators and utilities about transition plans and what justification remains for continuing to use increasingly cost-ineffective coal.

Coal is retiring at an increasingly rapid pace. According to the Energy Information Administration, coal-fired plants accounted for 47 percent of all generation capacity that retired in the last decade, with last year being the second-highest year on record for such retirements. Meanwhile, renewable electricity generation doubled over the course of the past decade.

Assessing the potential to convert coal to renewables within a 35-mile radius could help ease some of the pain points of the energy transition, which in many coal communities has meant fewer jobs and a reduced tax base. It’s an issue some policymakers are already considering. In New Mexico, the 100 percent carbon-free by 2045 bill signed by Governor Michelle Lujan Grisham on Friday includes $20 million in retraining funds associated with coal plant closures.

“We hope that by looking at the local resources available, policymakers and other stakeholders can start to think about ways of creating transition plans for those coal communities at the same time that they’re considering new options,” said O’Boyle.

“They need to start thinking today about how to achieve those savings,” he said. “The longer they wait, the more money they leave on the table and the more harm they’re allowing to come to the environment.”

Energy Innovation and Vibrant Clean Energy also said the analysis is conservative in its conclusions about the economic challenges to coal plants because, in some cases, higher-quality and lower-cost renewables can be located farther afield and connected via transmission. The analysis didn’t include potential costs for expanded transmission to connect farther-away resources.

“We have such a mish-mash of state and federal authorities over transmission and over generation that we’ll probably have incremental improvements in the transmission grid and also sacrifice some economics for local resources, both because of local economic development and also because of the reality that it’s really hard to build transmission in the United States,” said O’Boyle. “It’s such a complex system, the grid; there are so many moving parts.”

But, he added, “if you don’t even use transmission to access remote renewables…you still get this remarkable coal cost crossover.”