Repsol Is First Oil Major to Pledge Zero Emissions by 2050 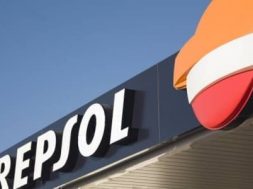 Repsol Is First Oil Major to Pledge Zero Emissions by 2050

Repsol SA embarked on the most ambitious attempt yet by an oil major to align itself with the Paris climate goals, saying it will eliminate all greenhouse gas emissions from its own operations and its customers by 2050.

The Spanish giant’s exploration and production unit will focus on value instead of output growth, according to a statement from the company on Monday. It also revised its long-term view of the value of oil and gas assets in a decarbonizing world, resulting in a 4.8 billion-euro ($5.3 billion) accounting charge.

Spending will be redirected into the transition to clean energy, and Repsol’s board of directors approved new investments in two solar and one wind project with a combined capacity of 1,600 megawatts, boosting the company’s total renewables portfolio by 40%.

“We are convinced that we must set more ambitious objectives to fight climate change,” Chief Executive Officer Josu Jon Imaz said in a statement on Monday. “We believe now it is the right time for Repsol. We do it with the utmost confidence.”

Under Pressure Oil majors are under increasing pressure to transform their businesses in line with climate goals, not just from environmental groups but also from large institutional investors. Repsol’s peers Royal Dutch Shell Plc, BP Plc and Total SA have set their own targets to reduce emissions and are investing in renewable energy, electric-car charging and battery technology.

While there’s growing acceptance that fossil fuel producers must make this transition, investors also worry whether companies that have focused for decades on oil and gas can thrive in the very different business of harvesting energy from the wind, waves and sun.

Trading of Repsol shares in Madrid had closed at the time of the announcement, but its depository receipts in New York dropped sharply, trading 2.5% lower at $15.275 at 1:07 p.m. local time.

By 2025, Repsol aims to reduce a measure called the carbon intensity indicator by 10% from a 2016 baseline. The reduction will deepen to 20% by 2030, 40% by 2040, and net-zero carbon dioxide emissions by 2050, according to the statement. The targets are for so-called scope three emissions, which includes those from end-users of the company’s products, a Repsol spokesman said.

The company will link at least 40% of the long-term variable pay of its managers and leaders, including the CEO and senior executives, to objectives that lead the company to comply with the Paris Agreement. Each investment will be considered in terms of compliance with the climate agreement.