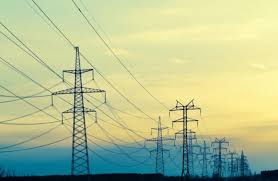 Review of PPAs: Reprieve for discoms as HC stays notice 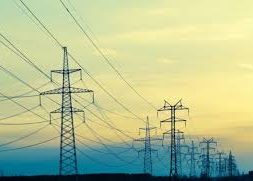 Review of PPAs: Reprieve for discoms as HC stays notice

Amaravati: In a new twist to the ongoing battle over the review of power purchasing agreements (PPAs), the power distribution companies in the state filed a writ petition in the Andhra Pradesh high court challenging the proceedings of the Union ministry of renewable energy to issue of letters of credit (LCs) to solar and wind power producers.

The court on Tuesday stayed the Centre’s notice.

The Centre had warned AP discoms and prevented them from transacting on power exchange and short term open access if they failed to issue LCs to the private power producers.

With the Centre setting Tuesday as the deadline to issue the LCs to private producers, the discoms moved a lunch motion in the HC.

After hearing the preliminary arguments by advocate-general S Sriram, the high court bench headed by Justice DV Somayajulu stayed the proceedings of the Union renewable energy ministry for three weeks.

The high court posted the matter to November 5 and directed the Centre not to stop the discoms from conducting the transactions on power exchange.

The discoms in their petition argued that opening of the LCs as a condition of PPA was waived by the parties and the Union government as a third party could not interfere with the contractual conditions of PPA.

“The Union of India and other agencies of the central government neither have the power nor jurisdiction to put a few discoms out of the power exchange and short term open access as it is purely governed by the Central Energy Regulatory Commission (CERC).

The discoms further contended that the Centre was also a party to the earlier round of litigation and it should abide by the high court verdict on the issue. The discoms took strong objection to the Centre’s move saying that it could not override the verdict of the high court and enforce contractual clauses against one party (discoms).

“The action of the Centre amounts to rewriting the terms of the PPA between discoms and the power producers,” the discoms charged. They said that Letter of Credit condition was waived by the power producers and there was no need for them to issue the LCs to transact power from the power exchange.

It may be noted that the Centre had directed the state discoms to issue the LCs to the private power producers of solar and wind power for failing to clear their dues. With the state government delaying the release of dues to the private firms, the Centre stepped in and issued notices to discoms warning that it would bar them from holding transactions on power exchanges.

The decision of discoms is likely to intensify the ongoing war on review of PPAs. While the state government looked determined to review the PPAs citing huge burden on the discoms, the Centre is batting in favour of private firms on the pretext that power purchase review would deter global investors from investing in India.

0
0   0
previous NFR to generate about 8000 KWp of solar power by this year
next Open LCs for renewable firms or lose access to generation, Centre tells AP