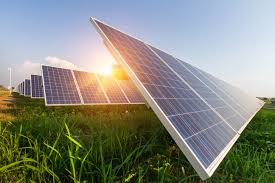 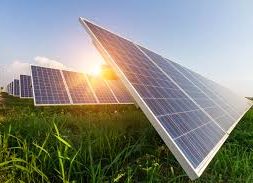 The new Titan G6 module, based on the 210mm large-size silicon wafers and with a highest capacity of 660W, has been released only less than half a year after the last G5 series of 500W+. According to Liu Yafeng, Risen Energy’s Senior Director of R&D, the G6 module comes with all the excellent features of G5. It has adopted the non-destructive cutting and high-density packaging technologies, as well as the multi-busbar design and the 6*10 half-cut cell design. These technologies brought significant improvements to the anti-cracking and anti-hot spot performance of modules, while also reducing the Balance of System (BOS) costs.

Dr Huang Qiang, Vice President of Risen Energy, said at the seminar that modules of large-size and high capacity have been the latest trend and have posed opportunities for the PV industry. The innovation in technologies drives the rapid growth of module capacity and efficiency. The rise of 210mm large-size silicon wafers makes high capacity of 500W+ possible. “At a time when grid parity for the PV industry has been reached, the crucial topic for now is to find ways to reduce the cost. It is in the core of your competitive edge,” said Huang, “The staggering rise of capacity for modules from 400W to 600W is a groundbreaking achievement for PV industry.”

At the seminar, Liu gave a detailed introduction of the new series’ excellent performance. With a size of 2172*1303*25mm and height of 31.5kg, the module has an open-circuit voltage of 41.4V and a short-circuit current of 18.5A. It has an efficiency up to 21.2%. The innovative feature of low voltage and high capacity, according to Liu, has done an impressive job in lowering the BOS cost. In terms of anti-hot spot performance, the 600W module is able to reduce the risk of hot spots by 17.7%, which are mainly caused by defects in cell and related to the volume of currents. Liu added that the 600W modules combined with tracking support will reduce the BOS cost by 12.17% and the Levelized Cost of Energy (LCOE) by 9.51%.

Risen Energy unveiled its 500W module series in December 2019 to the global market, heralding an era of PV 5.0. On July 9th, an alliance for creating an open ecology of innovation for 600W+ modules was founded and Risen Energy is one of its members. The alliance aims to integrate efforts and resources in sectors of the industrial chain including R&D, manufacturing and application. By setting up standards, products and systems based on a platform of new technology, the alliance strives to make the value of 600W+ modules and solutions the most relevant and successful in application.