New Delhi: Attracted by the opportunities in India’s green energy space, Rosatom State Atomic Energy Corp. is planning to enter the country’s renewable energy sector. To start with, the Moscow-based Rosatom, through its unit JSC OTEK, may acquire wind energy projects in India. Rosatom, which has a partnership with state-run Nuclear Power Corp. of India Ltd (NPCIL) for the Kudankulam nuclear plant in Tamil Nadu, is also planning to set up small hydropower projects in the country. “They are looking at how to go about their India plans which includes acquiring wind power assets,” said a person aware of Rosatom’s strategy, requesting anonymity. This development assumes significance given Russia’s attempts to build better economic ties with India at a time when Moscow is facing Western sanctions. Rosatom’s India strategy follows US’s withdrawal from the Paris climate agreement on grounds the deal favoured India and China and was unfair to the US. “We are sure that Indian renewable energy market has great potential and opens up good opportunities for collaboration, which we evaluate thoroughly, but now it’s premature to comment on certain business decisions,” said a OTEK spokesperson in an emailed response.

There has been growing engagement by Russian firms in India’s energy space with Rosneft announcing its $12.9-billion acquisition of Essar Oil last year. India has also relied on its historical association with Russia for securing energy resources there. Driven by India’s ambitious clean energy target of adding 175 gigawatt (GW) by 2022, a host of overseas firms have set up operations in the country. Of the total capacity targeted, 60GW is to come from wind power. Wind power is the major component of India’s renewable sector. Of India’s 57.26GW of installed renewable energy capacity, wind power accounts for over 56% or 32.27GW. India’s wind energy space has also become intensely competitive with tariffs falling to a record low of Rs3.46 per kilowatt hour (kWh) in a 1GW tender by state-run Solar Energy Corporation of India Ltd (SECI). The price gap between electricity generated from thermal and wind projects has been bridged, due to costs of wind turbine generators falling by 20% over the past five years.

Having control over the supply chain will help Rosatom in reining in costs and offering competitive tariffs as India’s wind energy sector moves away from feed-in tariffs to an auction-based market. SECI plans to auction 4,000MW of wind energy power-purchase contracts every year. With the disruption caused by India’s low clean energy tariffs playing out, rating agency Crisil last month cautioned that the risk profile of wind projects will increase. Exploring a multi-pronged strategy, Rosatom also plans to leverage the container-installed small hydropower plant with a capacity from 0.5MW to 2MW developed by Hungary’s Ganz Engineering and Energetics Machinery (Ganz EEM), a unit of Atomenergomash, the engineering division of Rosatom for its hydropower foray in India.

“We have gained wide and good experience of cooperation with our Indian counterparts in nuclear power, and we are starting to cooperate closely in the field of non-power nuclear applications including agriculture, medicine, and composite materials production. We hope that the promising area of small hydropower will also become one of the spheres of our collaboration. Besides, we believe that this area is also promising for other South Asian countries such as Nepal, Sri Lanka, and Bhutan,” Rosatom said in a statement. India and Russia recently signed a general framework agreement for Units 5 and 6 of the Kudankulam project wherein Russia will offer credit for half of the Rs50,000 crore required to set up the plants that will be built by NPCIL and Russia’s Atomstroyexport, a unit of Rosatom. 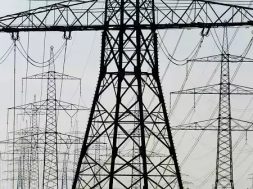