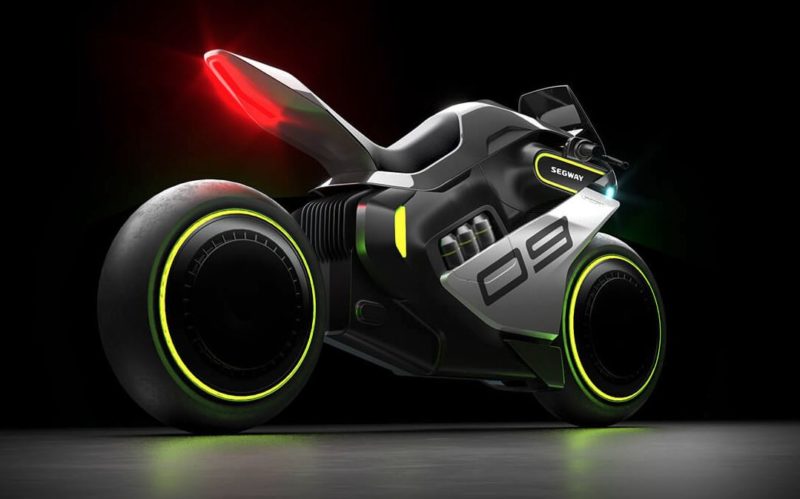 Once known only for their eponymous two-wheeled self-balancing personal transporter, Segway has hit news again this week after the company revealed on its website the Segway Apex H2 hydrogen-electric motorcycle.

Details are sparse for the Apex H2, with no apparent press release available anywhere within the geo-located hellhole that is the Segway and parent company Ninebot webpages, and only a Chinese-language product page that cannot be translated by Google because the page is made up entirely of images.

Nevertheless, some obvious specifics are available including a claimed top speed of 150km/h, acceleration from 0-100 in only 4 seconds, and a power output of 60kW (80hp).

More impressive still, the Segway Apex H2 is currently listed at a surprisingly low price of only ¥69,999.

Given that Segway was acquired in 2015 by Beijing-based transportation start-up Ninebot, the ¥ symbol referenced is therefore surely that of the Chinese Yuan, rather than the Japanese Yen, and therefore puts the Apex H2 at around $AU14,000, a remarkably low price for a kitted-out hydrogen-electric bike like this.

The design, which certainly bears the hallmark sleek and LED style of the light cycles from the Tron movies, includes two single-sided swingarms which, at the right angle, makes it look as if the Apex H2’s wheels are hovering in place.

Running on a hydrogen fuel-cell powertrain is a potentially troublesome yet exciting option, providing hopefully refillable or swappable green hydrogen power but, at the same time, requiring the infrastructure necessary, which at the moment is no sure thing.

Nevertheless, it appears Segway isn’t just tilting at windmills with the Apex H2 and has set a two-year timeline before deliveries in 2023.