The government has made a proposal for complete electrification of the Indian Railways over the next four years.

Mumbai: Edelweiss Infrastructure-backed Sekura Energy and CDPQ-backed China Light & Power (CLP) India are in separate talks to acquire the power transmission assets of Kalpataru Power Transmission (KPTL) in a deal worth $200 million, according to two people aware of the development.

“The due diligence of assets is over and the talks are in advanced stages,” said one of the persons cited earlier. However, there is a chance that the government may raise a concern over CLP buying assets in Northeast India, he said.

A spokesperson for Edelweiss Infra declined to comment while emails sent to the spokespersons for Kalpataru Power and CLP remained unanswered till press time on Sunday. 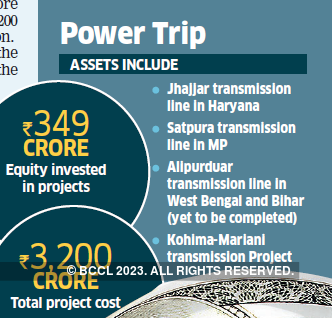 Besides transmission & distribution, Kalpataru Power is engaged in EPC for oil and gas infrastructure and the railways, for which it does civil infrastructure, track-laying, signalling and electrification projects.

Edelweiss Infrastructure Yield Plus, registered as a Category I AIF, focuses on investing in power transmission, renewable power and roads and highways, besides other infrastructure assets. Edelweiss Alternative Asset Advisors (manager of the infra fund) had marked the first close of the infra fund in May, raising about Rs 2,000 crore. The fund is in the process of raising Rs 6,500 crore in total for the infrastructure fund.

India’s power transmission and distribution market is seeing growth opportunity following government initiatives for capacity addition. By 2022, India will need about $80 billion in investments in the transmission sector following the government’s ‘power for all mission’ and the renewable energy target of 175 GW by 2022.

The government has made a proposal for complete electrification of the Indian Railways over the next four years, reducing dependence on imported fossil fuel. This move is also expected to give a boost to the power transmission space. The majors in the T&D sector are Kalpataru Power Transmission, Cummins India, ABB India and Compton Greaves.