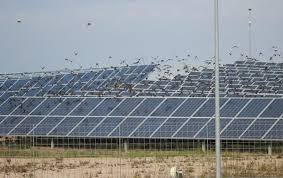 Coal-fired power generation in South Korea is expected to decrease by 23pc by 2030 from 2019’s level, under the government’s ninth basic electricity plan. This would reduce annual power-sector coal consumption by around 18.6mn t/year of NAR 5,700 kcal/kg-equivalent material.

The ministry of energy and industry (Motie) last month finalised its plan to reduce the share of coal in South Korea’s electricity mix to 29.9pc in 2030, compared with 40.29pc in 2019. The plan also confirms the government’s intention of converting 24 of state-owned Kepco’s coal units with around 12.7GW capacity to run on gas by 2034, although gas’ share of the power mix will still decrease to 23.3pc in 2030, from 25.8pc in 2019.

The government also aims to have renewable sources account for around 121.7TWh or 20.8pc of power generation by 2030, which implies overall power generation will be around 585.1TWh in 2030, up by around 4pc from 2019.

The ministry also plans to reduce the country’s coal capacity to 32.6GW and increase gas capacity to 55.5GW in 2030. Based on these targets, South Korean coal capacity would be dispatched at a 61pc load in 2030 compared with a 70pc load in 2019. But gas’ load factor will decrease by more than 32pc to 28pc in 2030, as fossil fuels are expected to play a bigger role in meeting peak power demand and a smaller role in the base load amid rising renewable generation.

The share of wind generation in the renewables mix will increase to 33pc in 2030 from 7.5pc in 2020, driving the overall growth in renewable output.

South Korea typically updates its 15-year energy plan every two years, although the ninth plan was set back by over a year.

By Evelyn Lee and Jake Horslen 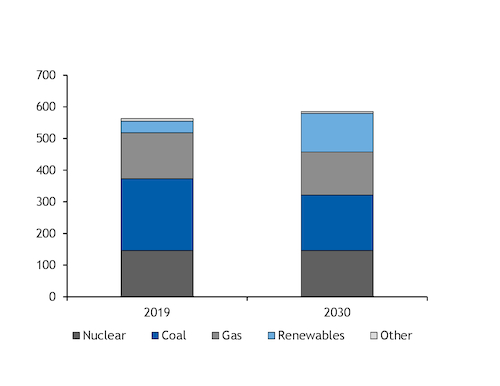 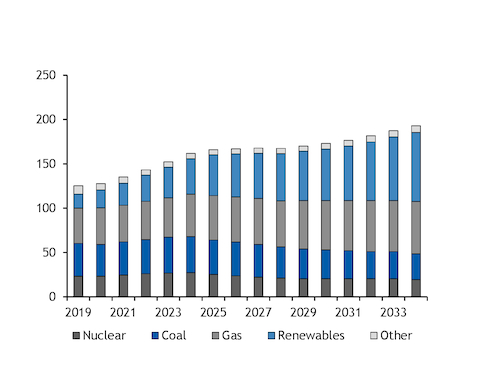 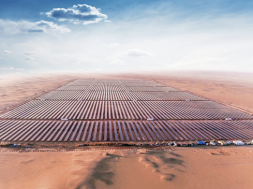 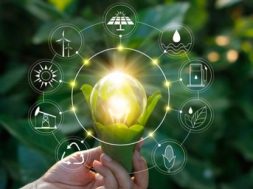