SES Will Pioneer Mass Production of Lithium Battery in 2019 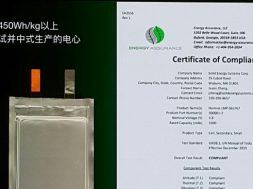 SES Will Pioneer Mass Production of Lithium Battery in 2019

Lithium battery will become mainstream technology on the global battery market in 2020, prevailing over lithium-ion battery, according to Hu Qichao, founder and CEO of SES.

Hu reported that SES will start production of lithium battery in Q3 2019, at output of 5,000 batteries a month initially before doubling the amount later on and tapping the auto market after 2021. Hu revealed that SES will gradually shift its role to become a dedicated supplier for battery materials, joining forces with major lithium-ion battery core manufacturers, in order to quicken foray into the electric-car market. Hu made the remark during IEEV China, held in Shanghai April 2-3.

Having passed rigorous certification, SES lithium battery is ready for mass production (figure 1), according to Hu. Hu believed that lithium battery can outcompete other new batteries under development, such as fuel cell, citing its cost advantage, as existing production lines for lithium-ion batteries are capable of producing lithium batteries.

SES lithium battery boasts 1~2 C in discharging performance, making it suitable for application in motive force. For the sake of price-performance ratio, it will be applied mainly in medium- or large-sized drones, especially for cargo transport, before extension to application in electric motorcycles and then electric cars, according to Hu. 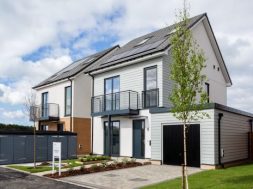 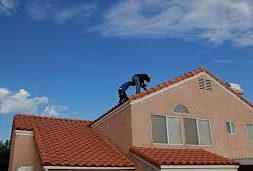