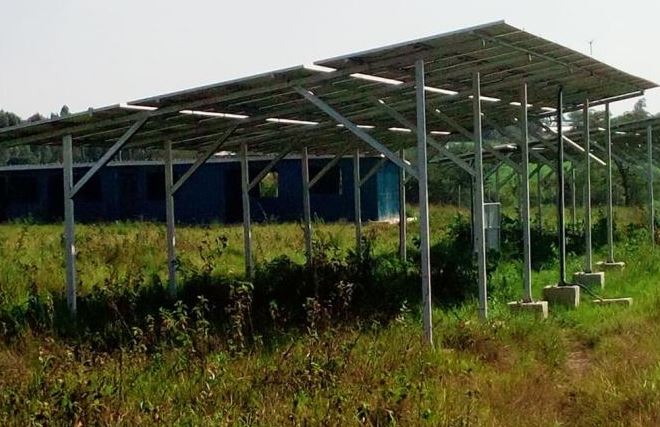 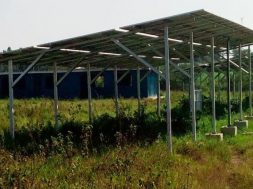 The Lake Basin Development Authority (LBDA) has increased public awareness on a solar-powered irrigation project that aims to boost food security in 18 counties. Raymond Omollo, the LBDA managing director said the investment in solar installations is part of efforts to ensure environmental conservation. Solar irrigation is climate-friendly which, he said, will help farmers adapt their agricultural practices to prepare for changing weather patterns.

“We are targeting 15,000 small-scale farmers across the counties, as well as technology suppliers and farmers’ leaders to help us succeed,” Omollo said. Currently, the irrigation project is being implemented in three of LBDA integrated technology transfer centres at Muhoroni in Kisumu County, Alupe in Busia County and Lichota in Migori. “Phase one targets developing about 60 acres of land spread in three centres with a view to rolling out the project in phase two starting next month,” the MD said.

The first phase cost about Sh140 million and is 90 per cent complete, he added. It entailed drilling and equipping of boreholes. The solar irrigation systems offer tools to improve water governance with devices that provide real-time updates on storage tank levels, pump speed and borehole water levels.

Also in phase one is the construction of a 24-metre elevated water tower with 24,000-litre tanks, farmhouse and fencing of farmlands, purchase of farm machinery and installation of sprinkling facilities. LBDA covers 18 counties including Siaya, Kisumu, Kisii, Homabay, Migori, Kakamega, Bungoma, Busia, Bomet, Kericho and Nandi. Omollo said the irrigation project aims at developing the small-scale solar irrigation market and that its field extension officers were teaching farmers on the suitable crops and technology to apply.

“The project conceptualises harnessing solar energy for irrigation to ensure sustainable food production and to tap green energy from the sun through solar panel arrays,” said Calvince Owidi, the LBDA chair.    He said the technology is to be transferred to communities to undertake smart climate agriculture to improve livelihoods.

The second phase will see the authority add 310 acres of land under irrigation. It is to be implemented at LBDA’s Sangalo farm in Bungoma.  Owidi said small-scale irrigation has the potential to contribute to improved food security and higher rural incomes, but over-reliance on rain and lack of modern irrigation systems are holding back productivity.

“We know that there is still low awareness among farmers and high upfront costs of solar irrigation systems and limited access to finance for farmers and technology suppliers. But we are out to create more awareness,” he said. Agriculture is key to Kenya’s economy, contributing 26 per cent of the gross domestic product and another 27 per cent indirectly through linkages with other sectors.