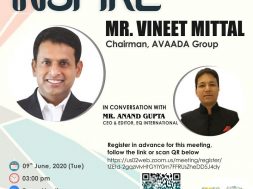 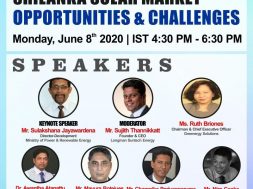 The total value of the transaction for which Shapoorji Pallonji group has appointed Credit Suisse as adviser is expected to be close to Rs1,200 crore

Mumbai: The Shapoorji Pallonji (SP) group has put its entire solar portfolio of more 400 megawatts (MW) on the block, two people directly aware of the development said on condition of anonymity.

The total value of the transaction for which SP group has appointed Credit Suisse as adviser is expected to be close to Rs1,200 crore, the persons cited above said.

Both SP group and Credit Suisse declined to comment.

SPSHPL was set up in 2011 to act as a holding company for the group’s solar power projects and the company’s portfolio currently comprises seven operational projects aggregating to a total capacity of 272MW and an additional 130MW of capacity which is in development.

The projects are spread across Tamil Nadu, Telangana, Rajasthan and Maharashtra, and housed under eight special purpose vehicles (SPVs). Mint had reported on 27 October that the privately held SP Group, which had $5 billion in revenue in 2016, was seeking a financial investor for its solar portfolio to sell a partial stake.

An SP Infra spokesperson had confirmed the development to Mint and had said that the group was in discussions with several serious investors. The value of the transaction would depend on the level of investment and other factors, the spokesperson said, adding that the size of the portfolio on offer was “under discussion”.

“The group has now decided to sell the entire portfolio and is no longer keen on a partial stake sale and has begun discussions with potential buyers,” said one of the people cited above.

“Among those who have shown initial interest is a domestic infrastructure-focused private equity fund and at least two renewable energy companies,” the person added.

“Some of the assets under sale have older power purchase agreements (PPA) with higher tariffs that could make the transaction attractive for potential buyers,” said the second person.

Backed by low financing costs and falling module prices, India’s solar power tariffs have fallen to record lows in the recent years with tariffs declining from Rs10.95-12.76 per kWh in 2010-11 to Rs2.44 per kWh in 2017. This has been among the contributing factors to significant consolidation in the sector with several power producers looking to sell their assets. Earlier this month, IDFC Alternatives, the private equity arm of IDFC Ltd, bought a 40MW solar power project in Madhya Pradesh operated by IL&FS Energy.

Some of the other ongoing transactions in the solar energy space include Subhash Chandra’s Essel Infraprojects’ solar business which has 685 MW of capacity and Ostro Energy Pvt. Ltd, a renewable energy platform of buyout firm Actis Capital. Mint has reported in January that Greenko Group and Hero Future Energies Pvt. Ltd were in talks to acquire Essel’s solar assets while ReNew Power Ventures Pvt. Ltd was in talks to acquire Ostro energy.