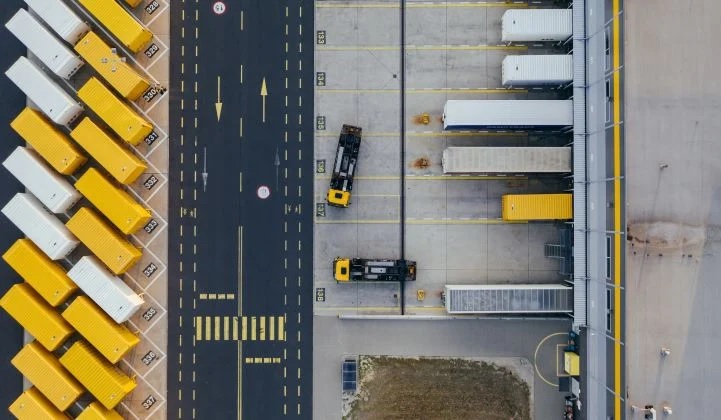 A Deloitte report commissioned by Shell finds that the heavy-freight sector is increasingly planning for a switch to hydrogen.

Hydrogen will be the key energy source for global road freight, according to a new report commissioned by European oil major Shell. Electrification is the most economic and environmental solution for smaller delivery vehicles.

The study, carried out by global accountancy firm Deloitte on Shell’s behalf, questioned 158 executives in the road freight sector in 22 different countries. Of those asked, 70 percent ranked decarbonization as a top-three concern for their business.

Many questioned for the Getting into Gear report said they expect hydrogen to be commercially viable in just five to 10 years.

“We believe that once produced at scale, hydrogen will likely be the more cost-effective and viable pathway to net-zero emissions for heavy-duty and long-route medium-duty vehicles, and electric mobility will do the same for light-duty and short-route medium-duty vehicles,” Carlos Maurer, EVP of sectors and decarbonization at Shell, said in a statement. “Shell has already begun taking steps to make these energy solutions available to customers, and we are partnering with others to expand these efforts.”

The findings seem to be bolstered by the actions of businesses in the sector. Major truck manufacturers in Europe have accelerated the target date for their diesel engine phase-out from 2050 to 2040. Hydrogen and electrification are the low-carbon technology options of choice.

The report says biofuels should be commercialized quickly around existing infrastructure, but ultimately “not where they could disrupt the deployment of zero-emission solutions.”

What now for biofuels?

All this calls into question the long-term prospects for biofuels. Fuels such as biodiesel made from rapeseed oil or ethanol made from corn were once viewed as the apex of future low-carbon transport. In 2011, the International Energy Agency forecast that biofuels could make up 27 percent of global transportation fuels by 2050.

Hydrogen was not even included in the major policy to drive renewables demand in the transport sector. The European Union’s Renewable Energy Directive set out measures to reach a 20 percent contribution from renewables to total energy demand by 2020. Hydrogen was not added until the policy was redrawn in 2018 to target 32 percent by 2030. Transport fuels have a 14 percent target to chase by 2030.

The reality now, however, is that biofuels are more likely to play their largest role in the short term, while the longer-term chase for zero-carbon fuels has moved past them.

“There was initial hype, then things went quiet again, [and then] in the last 18 months, there has been a huge amount of interest,” Gordon McManus, research director for refining and oil products team for the Europe, Middle East, Africa, Russia and Caspian region at Wood Mackenzie, said in an interview.

McManus said the combination of unfavorable refining economics for more conventional products and hardening carbon-reduction ambitions has seen a number of refineries converting to produce biofuels.

The potential feedstocks for biofuels are limited. The EU has strict rules in place to prevent more than 7 percent of food crops from being used for biofuel feedstocks, placing upper limits on their potential growth.

“Biofuels are only ever likely to supply a portion of the market,” said McManus. They’re very good in the short term because they are fungible with the existing infrastructure and the vehicles. But it’s highly unlikely that you would ever be able to move globally to 100 percent biofuels.”

Biofuels’ prospects are also tied to two commodity markets, McManus pointed out: the oil price and the price of feedstocks such as vegetable oil.

As it stands, conventional diesel currently trades for around $600 per ton, compared to about $1,000 for biodiesel from rapeseed oil. Because the technology behind the refining process is well established, there’s little room for more cost reductions to be eked out, McManus said.

Despite that, there are other transport end markets where biofuels hold a strong advantage, he said. Biofuels offer immediate carbon savings as a drop-in fuel for conventional marine and aviation uses. A shipping company looking to launch a vessel today that will need to operate for several decades will be attracted to switching to biofuels as the sector decarbonizes, with no further investment required, he said.

“There’s a lot of interest from a lot of different sectors,” said McManus. “The challenge is when we come up against those feedstock limitations, which ultimately, we will.”