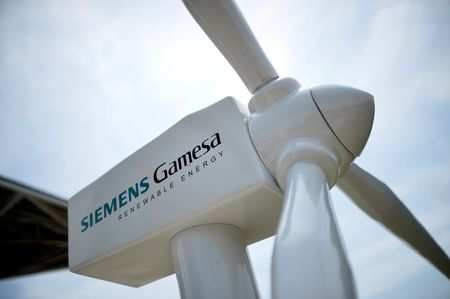 In the European Union, renewable hydrogen, which can replace fossil fuel in sectors that are struggling to decarbonise, is seen as a way to meet goals to reduce emissions

FRANKFURT/DUESSELDORF: Siemens Gamesa and Siemens Energy are developing a commercial offshore wind turbine that produces hydrogen via electrolysis, the companies said, marking a breakthrough for the mass production of renewable hydrogen.

The companies are investing 120 million euros ($146 million) in the system, which has not been previously reported on. It is the renewable industry’s most concrete plan yet to capitalise on an expected boom in hydrogen demand.

In the European Union, renewable hydrogen, which can replace fossil fuel in sectors that are struggling to decarbonise, is seen as a way to meet goals to reduce emissions.

Hoping to get ahead of main rivals Vestas and General Electric, Siemens Energy and Siemens Gamesa are targeting large industrial players, including steelmakers, refineries and chemical firms, as customers from the mid 2020s.

“I don’t know any other company that combines wind energy, electrolysis and offshore high voltage technology all in one enterprise.”

Siemens Energy was spun off from parent Siemens last year. About one sixth of electricity generated globally is based on the group’s technology.

“We have to completely retool the turbine, which has been designed for electricity production,” Siemens Gamesa Chief Executive Andreas Nauen said.

The joint effort aims to integrate electrolyser technology, which is needed to produce hydrogen, in offshore turbines.

“We’re looking at our 14 megawatt turbine, which will be our bread-and-butter product by the mid 2020s,” Nauen said.

(For an interactive version of this graphic click https://graphics.reuters.com/HYDROGEN-EUROPE/nmovaomnqva)

Green hydrogen is created by splitting water into its two components using electricity from renewable energy sources, such as wind and solar, as opposed to cheaper grey hydrogen, which is produced via fossil fuels.

Although most projects across the continent are at pilot stage, the EU estimates investments in green hydrogen in Europe could reach 470 billion euros by 2050 and create up to 1 million jobs.

“What’s charming about our cooperation is that it’s about developing a product,” Siemens Energy’s Bruch said.

The plans by Siemens Energy and Siemens Gamesa are supported by the German government, which has earmarked 9 billion euros to kickstart a national hydrogen industry, with the aim of becoming a global leader in the field.

Germany, which borders the North and Baltic Seas, would be a good location for a first commercial project, Siemens Gamesa’s Nauen said.

This could be 100-200 megawatts in size, he said, adding potential clients must be located closer to the source as the transportation of hydrogen generated by offshore wind turbines will require pipelines, rather than power cables.

“Potential offtakers include industries in coastal areas, such as chemical and steel firms,” Nauen said.

Industrial firms, including Thyssenkrupp and Salzgitter, are looking to hydrogen technology to help them to significantly cut their carbon footprint.

But Siemens Energy’s Bruch said offshore wind turbines able to produce hydrogen are just one of many ways to reach net zero emissions.

“Hydrogen is a key topic but there’s no silver bullet here,” he said. 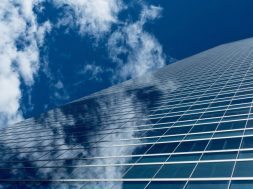