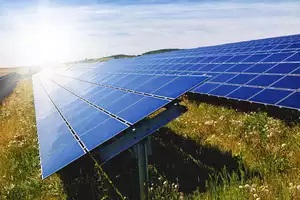 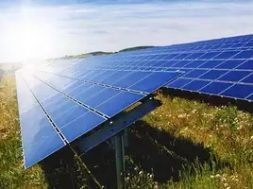 The South-east Asian country, one of the sunniest cities in the world, generates about 95% of its power from imported natural gas with solar energy being its most viable renewable energy option.

SINGAPORE: Singapore is considering importing solar electricity as the city-state looks to diversify its energy supply and meet its goal of cutting net greenhouse emissions to net zero by the second half of the century.

The South-east Asian country, one of the sunniest cities in the world, generates about 95 per cent of its power from imported natural gas with solar energy being its most viable renewable energy option, Singapore’s electricity regulator told Reuters.

The Energy Market Authority (EMA) aims to achieve a solar target of at least two gigawatts of peak power by 2030, up from the 260 megawatt-peak in the second quarter of 2019. That new capacity could meet about 4 per cent of Singapore’s current total electricity demand.

“To achieve this, we will need to maximise the deployment of solar panels onto available surfaces, including rooftops, reservoirs, offshore sea spaces and on vertical surfaces of buildings,” an EMA spokeswoman said in an emailed statement.

“Singapore is also exploring how we may tap on regional power grids as a way to access cleaner energy and to overcome our land constraints,” she said, adding that the country needs to balance this with potentially higher electricity costs and higher energy security risks.

She added that Singapore is currently studying the possibility of importing solar electricity, but did not give further details.

Reuters reported in November that two Australian billionaires have invested tens of millions of dollars in a project to supply solar power from northern Australia to Singapore via the world’s longest subsea high voltage cable.

Apart from solar, Singapore is also looking to other low-carbon alternatives.

“We are studying emerging technologies such as hydrogen and carbon capture, utilisation and storage as they could enable further decarbonisation of our economy, including in the industry and the power sectors, in the longer-term,” the EMA spokeswoman said.

In late March, five companies from Singapore and two from Japan entered into a memorandum of understanding (MOU) to develop ways to utilise hydrogen as a green energy source.

Singapore’s Pavilion Energy, one of two companies approved to import LNG into the country, is also asking potential suppliers to jointly develop a greenhouse gas reporting methodology, which would cover emissions from the well to the discharge terminal.