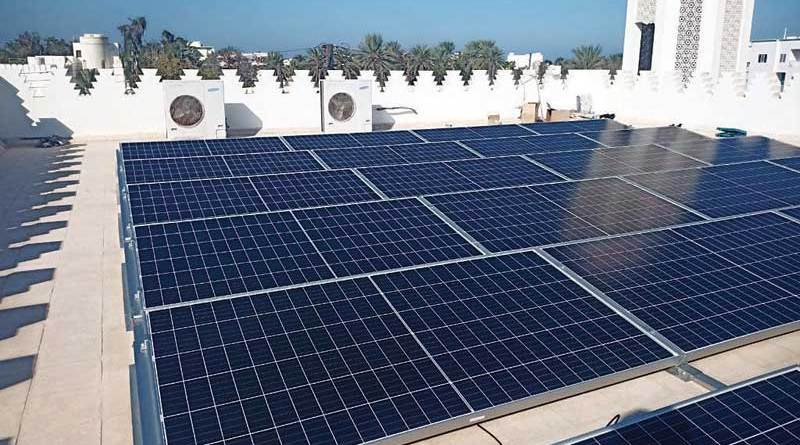 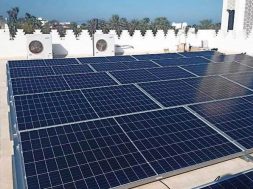 The solar concentrator is designed to illuminate subterranean spaces.

Singapore is crowded. About 5.6 million people already live on the tiny island nation, making it about as densely populated as New York City — and the population is still growing.

To make more room for future residents, the government is taking advantage of the space below Singapore’s surface, building underground utility plants, storage facilities, and more.

Now, researchers at Nanyang Technological University (NTU) have developed a compact solar concentrator to sustainably illuminate those underground spaces — and it works by automatically following the sun.

A solar concentrator is like a magnifying glass — it takes the sun’s ray and focuses them into a hot beam of light.

Usually, that beam is shone onto a receiver that transports the solar energy to a power plant where it can be converted into electricity — it’s like the process used to create electricity from standard solar panels, but more efficient.

In a conventional solar concentrator, large mirrors act like the magnifying glass, creating the beam that shines onto the receiver. Powerful motors adjust the position of the mirrors throughout the day to ensure they capture the maximum amount of sunlight.

These systems can be massive, monopolizing several square miles of ground with thousands of mirrors and motors. They can also be complicated to build and expensive to maintain.

NTU’s solar concentrator is designed to transport the sunlight itself — there’s no conversion to electricity. It’s made from off-the-shelf parts and is much, much smaller than conventional systems.

“Due to space constraints in densely populated cities, we have intentionally designed the daylight harvesting system to be lightweight and compact,” researcher Yoo Seongwoo said in a press release.

“This would make it convenient for our device to be incorporated into existing infrastructure in the urban environment.”

Rather than using mirrors for their solar concentrator, NTU used a clear acrylic ball. Sunlight hits the ball and is concentrated into a beam the same way it would be by a mirror. This beam then shines into one end of a fiber-optic cable and out the other end, like a pipe for sunlight.

Because the ball is round, it captures sunlight from any direction — no need to move it with motors like a mirror-based solar concentrator — but the position of the concentrated beam of light it produces does move with the sun (like a reverse sundial).

To address that, NTU connected tiny motors to computer chips that could be preloaded with the GPS coordinates of a solar concentrator. Those motors automatically move the end of the cable throughout the day to follow the beam.

Sensors near the end of the cable measure the brightness of light. Those measurements can also trigger the motors to move the cable if it doesn’t seem to be in the ideal location.

An LED bulb (powered by electricity) is positioned right next to the orb — this turns on automatically at night and on overcast days, ensuring light reaches the other end of the cable 24/7.

The NTU team envisions the system being mounted on poles similar to a street light. It could then feed light to underground car parks, elevators, and walkways through the cable.

As a bonus, the LED bulb that’s illuminated at night and on overcast days would provide light to people above ground — and Singapore has no shortage of those.