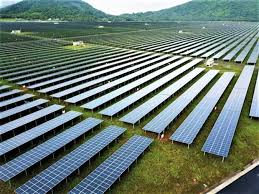 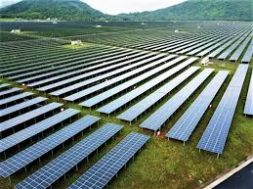 The Singareni Collieries Company Ltd has approved taking up of four new mines and setting up of solar power plants under its phase three expansion.

Kothagudem: Singareni Collieries Company Limited board meeting gave a nod to provide uniform to all workers at a cost of Rs 3.65 crore, four new mining plans and three phase solar plants constructions. The Board meeting was held in Hyderabad headed by CMD N Sridhar on Saturday.

Board approved another opencast mine at Kothagudem area based on the excess production target achievement. Similarly, as part of the expansion plans, the Board approved mining plans of Kasipet, RK-1 A, Srirampur-1, 3 and 3A underground mines.

Board also approved the proposal for the purchase of two sets of uniforms for the workers at a cost of Rs 3.65 crore from Telangana State Weavers Co-operative Society under a nomination basis. As part of Singareni’s expansion plans, the three phase of the 300-megawatt solar power plant erection contract proposal was approved by the Board. Board gave its approval for awarding the erection contract for the 3 and last 80.5 megawatts capacity solar power plants.

Third phase proposals include awarding the contracts for the erection of floating solar plants of 10 megawatt on the Singareni Thermal Power Plant (STPP- Jaipur) water reservoir, 5 megawatt capacity on the closed Bellampally Dorli OC mine quarry water along with the solar plants to be erected on land at Kothagudem and Chennur, RJ OC-1, Dorli OC-1 overburden solar plants.

Board also approved the purchase of explosive material to be used in OC mines in the next two years. Secretary, Energy Department Sandeep Kumar Sulthania, Singareni Directors S Chandrashekar (Director Operations and PAW), N Balaram (Director Finance and P and P), D Satyanarayana Rao and Director participated in the meeting.