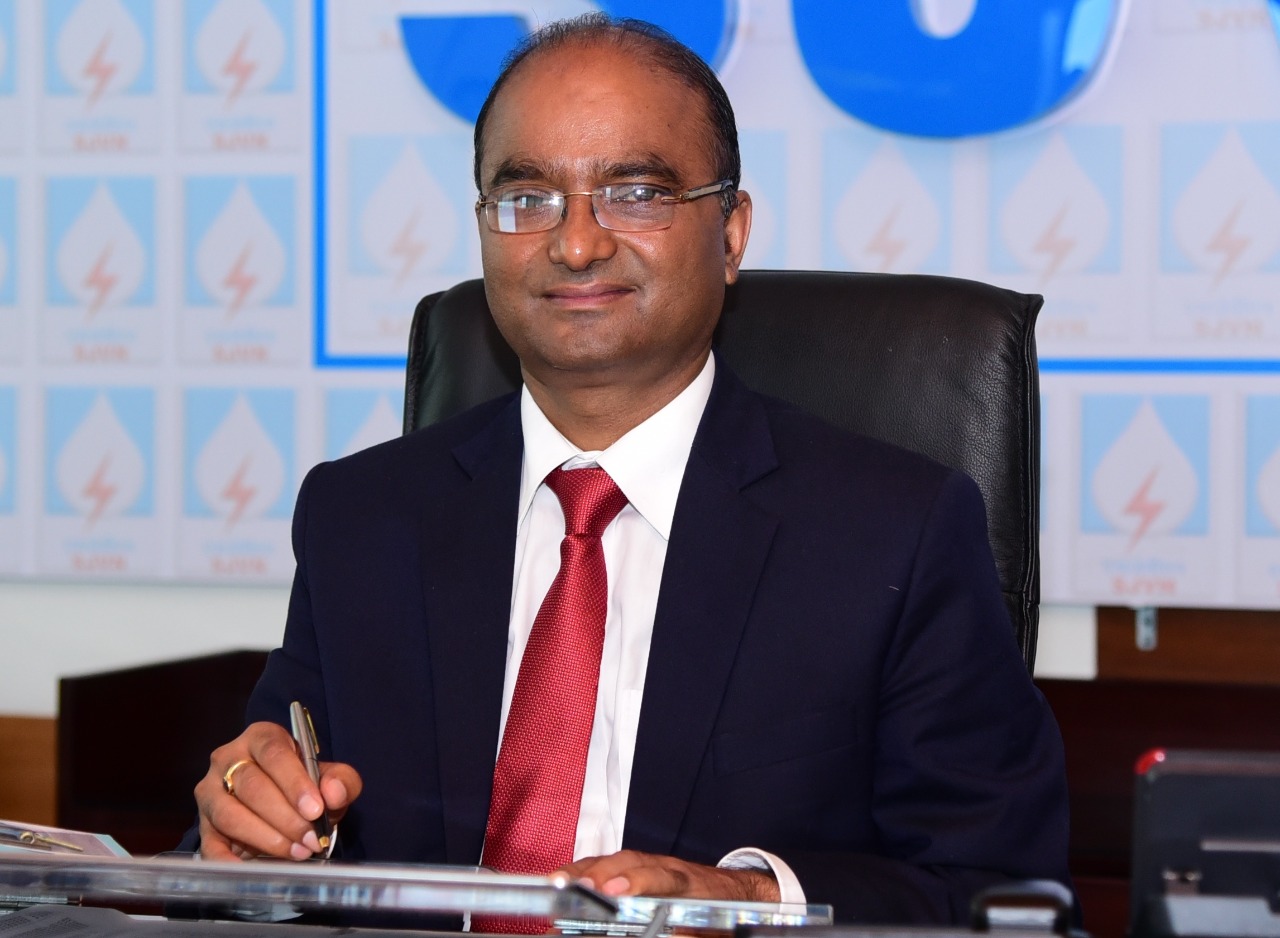 Sh. Nand Lal Sharma, Chairman and Managing Director, SJVN, informed that the Company has posted highest ever Revenues & Profit After Tax (PAT) for the first quarter during the Financial Year 2022-23.

Shimla : Sh. Nand Lal Sharma, Chairman and Managing Director, SJVN, informed that the Company has posted highest ever Revenues & Profit After Tax (PAT) for the first quarter during the Financial Year 2022-23. The Company posted PAT of Rs. 607.79 Crores while the Revenues stood at Rs. 1070.50 Crores. The earlier highest recorded Revenues and PAT were in the FY 15-16 when they were Rs.920.35 crores & Rs. 484.43 crores respectively.

Speaking after Company’s Board Meeting held in Shimla today, Sh. Sharma stated that this also translates into 79% rise in PAT against Rs. 339.54 crores during the corresponding quarter of previous Financial Year. SJVN has also registered an increase of Rs. 368.12 crores in its Total Revenues (an increase of 52.4%), reaching Rs. 1070.50 crores in June 2022 Quarter from Rs. 702.38 crores in the quarter ended in June 2021.

Sh. Sharma informed that SJVN’s Net Worth has jumped to Rs. 13735.99 crores at the end of 1st quarter of 2022-23 as compared to Rs. 13100.97 crores in the corresponding period of previous year. During the quarter, SJVN had upped its Earning Per Share (EPS) registering an increase of 80.23% as compared to the 1st quarter of previous year. Similarly, Company has accounted an increase of 52.69% in the Profit Before Tax (PBT). Displaying an excellent financial performance during June ended First Quarter, the Company has earned total Revenues of Rs. 1006.25 crore from operations.

Sh. Nand Lal Sharma also shared that it is a proud moment for SJVN as Government of Rajasthan has agreed to sign a MoU for developing 10000 MW renewable energy in the State. In addition, SJVN has also secured 200 MW Solar Power project through e-Reverse auction by Maharashtra State Electricity Distribution Company Limited (MSEDCL).

Sh, Sharma also stated that with more than 50 projects in pipeline, SJVN is all set to achieve the CAPEX target of Rs. 8000 crores set by Ministry of Power for the Financial Year 2022-23.