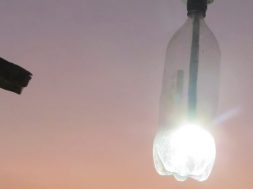 In a noble gesture, Nyanolaka Welfare Society (NWS) distributed solar lights to at least 63 families of Bordumsa today. The solar lights were distributed to mark the 63rd birth anniversary of Devotee Mother Monica.

Attending the event, ADC Bordumsa- Talo Jerang appreciated the Nyanolaka Welfare Society for the gesture. Such contribution to the needy people is commendable and need to be continued for the welfare of society, added the ADC.

Speaking about the event, President NWS informed that recently they visited a village where they found that it had no electricity till date which prompted the NWS to donate the lamps.