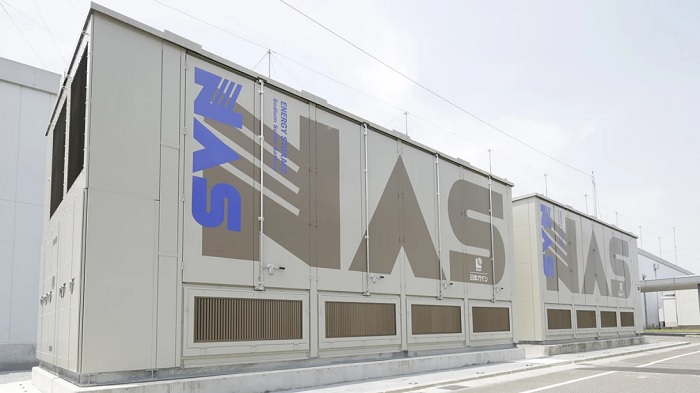 While efforts are increasing to realize renewable energy without the use of fossil fuels with carbon dioxide (CO2), providing stable energy storage and supply remains a bottleneck. Although wind power and solar power are inexhaustible and clean resources, they are also considered to be unstable energy due to being affected by weather conditions. Therefore, to accelerate the spread of renewable energy solutions from wind and solar, the storage of large-scale electricity with unstable output is essential. To that end, NGK INSULATORS, LTD. has developed a NAS battery that realizes a stable supply of renewable energy. By supplying the world’s first fully proven energy storage system, especially for long duration application, NGK is aiming to contribute to reducing the global environmental load.

Features of the NAS battery
The NAS battery is the world’s first proven storage battery for megawatt-hour energy storage based on NGK’s unique advanced ceramic technology. Featuring a large capacity, high energy density, and long life, it boasts a compact size (about one-third of lead batteries) and can supply high output power for a long time. With its newest battery, NGK continues its tradition of developing reliable electric power-related equipment to the world to support stable provision of electric power. 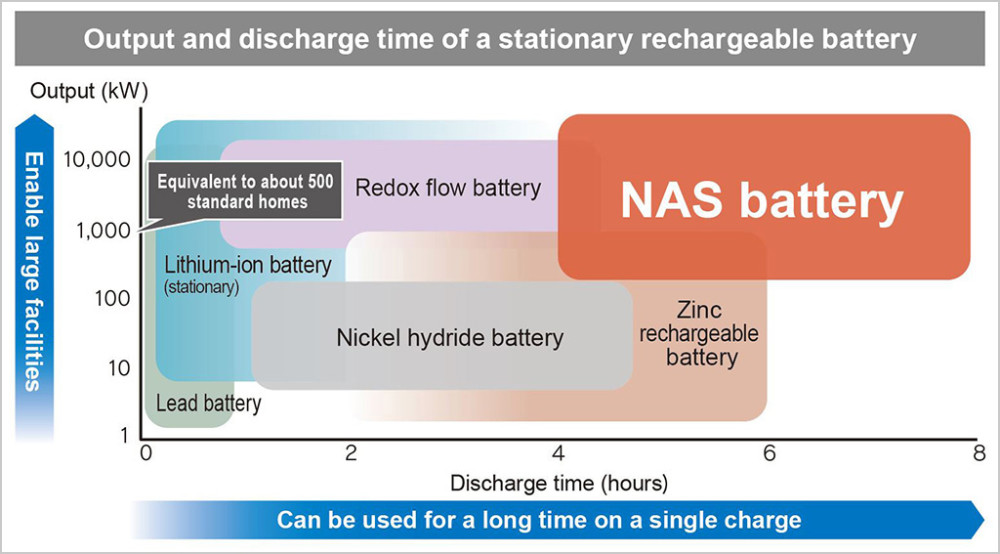 With these features, the NAS battery has begun to attract global attention as a storage battery that helps to reduce peaks due to leveling power, stabilizes renewable energy, and contributes to power saving measures, energy cost reduction, and environmental load reduction. 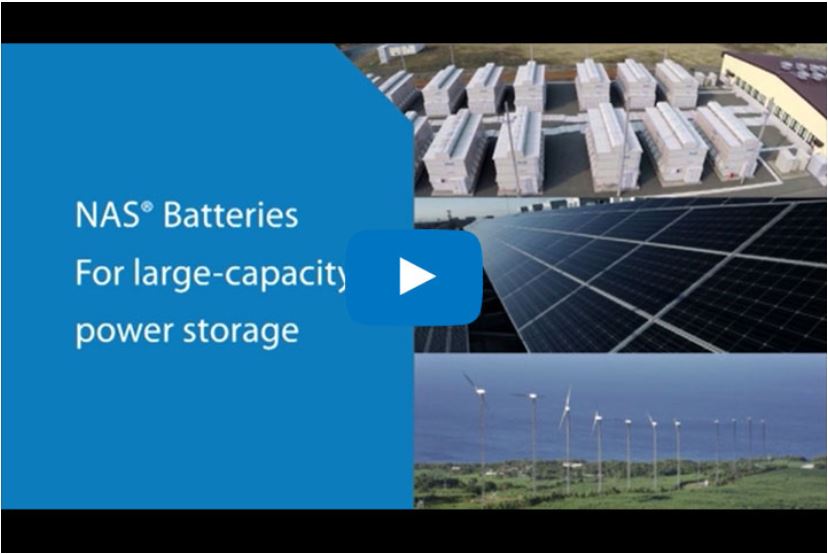 Development Background:
How the ground-breaking technology inside the NAS battery was achieved
The NAS battery is a storage battery that uses sodium (Na) as the negative electrode sulfur (S) as the positive electrode, and fine ceramics as the electrolyte that separates both. It is a battery that utilizes a special ceramic (β-alumina) that allows only sodium ions to pass through, and is repeatedly charged and discharged through the chemical reaction of sulfur and sodium.

The basic principle of the NAS battery was developed by Ford Motor Company of America in 1967. Since this principle was developed, Ford and ABB in Germany have been working on electric vehicles, while GE in the United States has been working on energy storage.
NGK started the development of solid electrolytes for NAS batteries in collaboration with TEPCO in 1984. Accumulation of battery technology was aimed at expanding the energy business field by utilizing ceramic technology. From 1989, the scope of research was expanded to the development of NAS batteries, and in 1990, NAS batteries for demonstration experiments were installed at the Tokyo Electric Power Kawasaki Substation. For the first time in the world, we conducted a charge/discharge experiment of NAS batteries while connecting to an actual power transmission system. NGK succeeded in establishing long-term performance and safety through a number of experiments, and started commercialization from 2002, with full-scale commercial production commencing in 2003.

Solving energy supply challenges around the world
The NAS battery can supply high output power stably for a long period of time. It is effective in reducing energy costs through cheap nighttime charging, making effective use of the charged power during the peak daytime demand period. Furthermore, it can also be used as an emergency power supply and as a measure against instantaneous voltage drops.

The battery is contributing to the solution of issues in the world’s energy supply in a variety of ways. Firstly, its utilization in wind power generation and solar power generation (which are affected by the weather) for output stabilization application is increasing. Furthermore, the spread of renewable energy, especially solar power, demands energy shifting solutions that enable the optimal use of stored electricity by shifting the electricity stored daytime to the nighttime, when sunshine is not available. Furthermore, applications in energy shifting require large energy capacity for energy storage systems. Overall, our NAS battery will be the most suitable technology to respond to the growing demand of such applications. Supporting a sustainable society in a variety of ways, NGK’s NAS battery boasts over 580 MW/4000 MWh of operation results in more than 200 locations around the world. 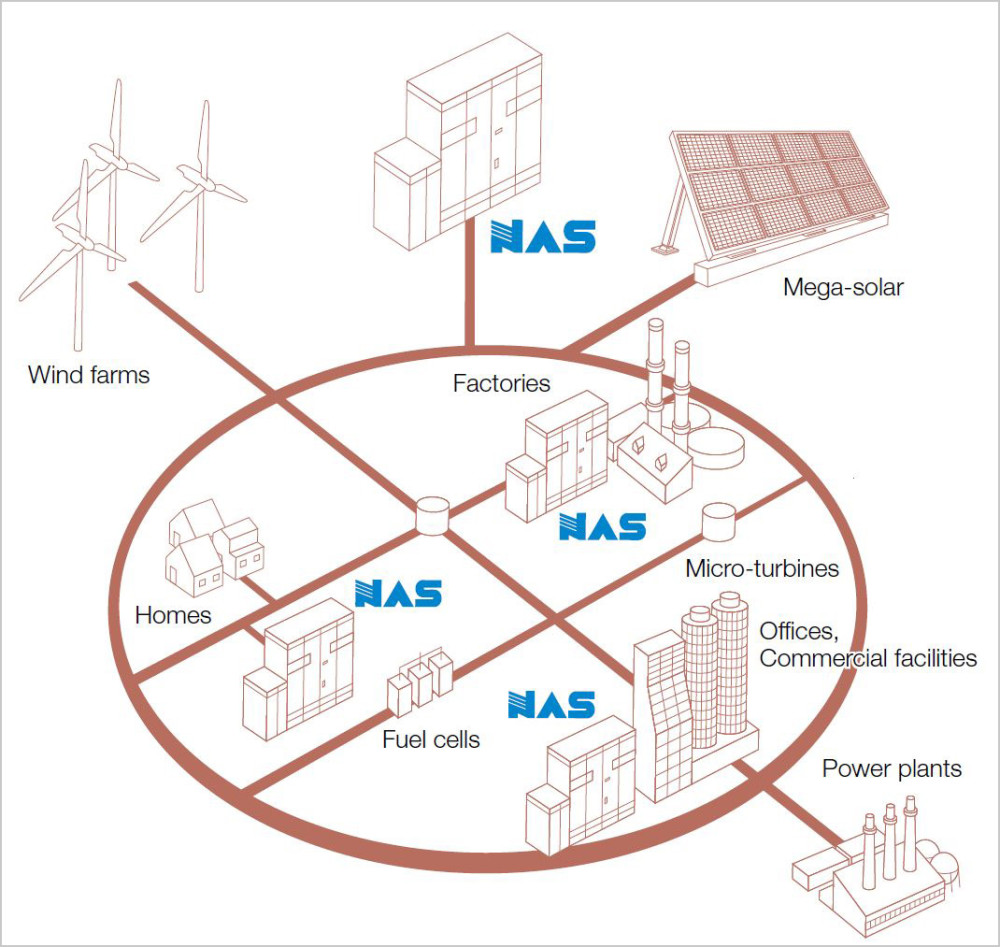 The applications of the NAS battery

UAE: Abu Dhabi
The NAS battery system for Abu Dhabi in the United Arab Emirates became the first deployment of a large-scale energy storage system in the Middle East. The NAS battery system is still the only system with a successful operation record in that region today. It is significantly less sensitive to external temperature due to its high temperature operation battery. This, and other unique characteristics, considerably contribute to the stable operation under the harsh environment present in Abu Dhabi such as high temperature (max.50 degree C), dusty condition and etc…

The project started in 2008, in 2018, finally a total of 108 MW/648MWh of NAS batteries had been completely installed in several substations. These battery systems are controlled by our own central integrated system controller (CISC) that started operation in January 2019, which enables the distributed battery systems to be integrated into one huge system with 108MW of power output and realizes optimal operation to the grid. In addition to its use as a peak cut and emergency power source, it also contributes to the reduction of fuel consumption and CO2 emissions by operating the gas turbine generator at a constant output, which is a valuable strategic resource of the country such as oil and natural gas. 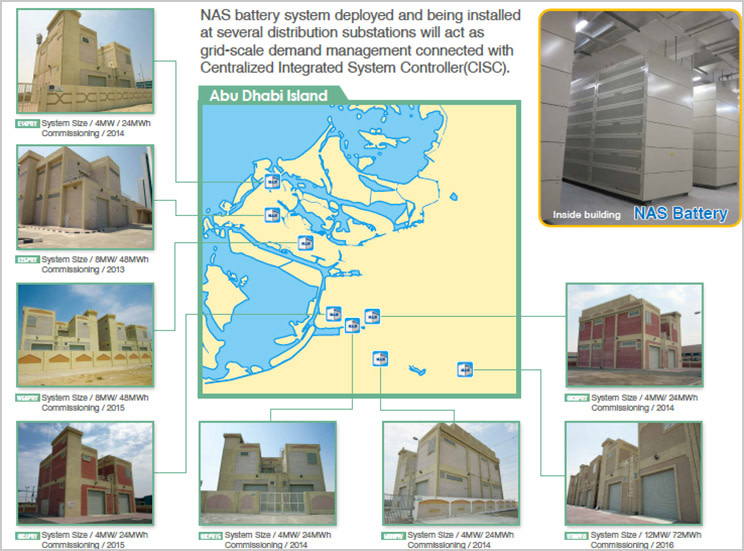 Japan: Fukuoka
In the Kyushu area of Japan, the spread of renewable energy is rapidly progressing, centered on solar power generation. Kyushu Electric Power Co., Inc.is working to accept renewable energy as much as possible on the premise of stable power supply. NAS batteries are utilized in one related project, namely the “large-capacity storage battery system supply-demand balance improvement demonstration project”.
It is also huge storage battery facility consisting of 252 container-type NAS batteries, which is the largest NAS battery system with 50MW/300MWh at a single site. This massive installation was able to be put in in place within 6 months after NGK received the order thanks to the plug & play nature of the containerized NAS battery system.
The NAS battery, which has a large capacity for storing electricity, stores the surplus electricity from solar power in the daytime and discharges it from evening to night. It makes it possible to eliminate the output limitation of solar power generation due to congestion of the main transmission line, which the utility company is facing as one of main concerns. 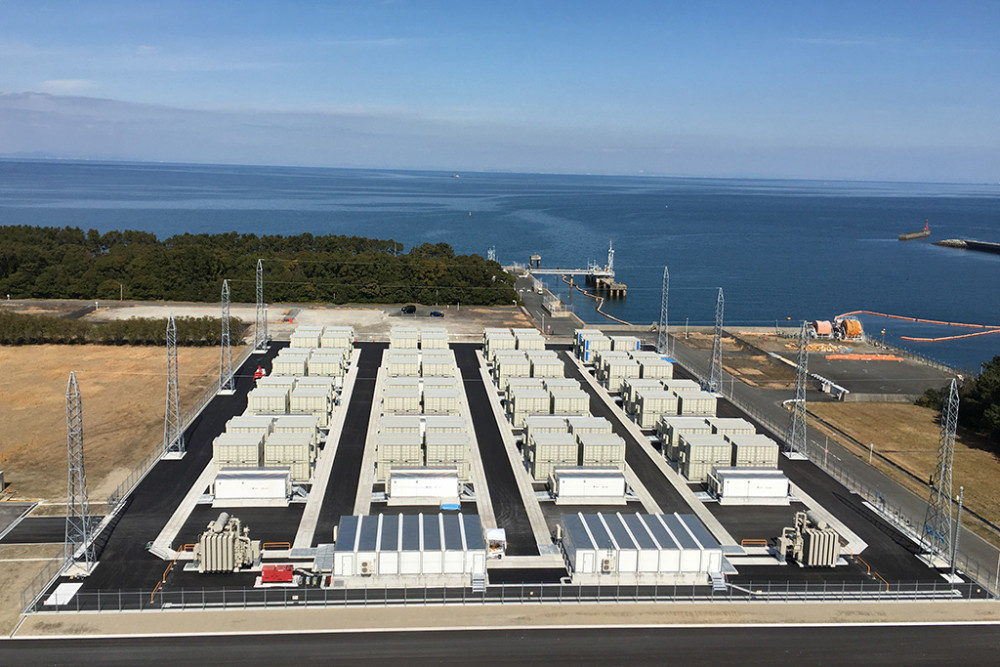 Partnership involving NAS batteries
BASF New Business and NGK are expanding their existing partnership to a joint development agreement (JDA) for sodium-sulfur batteries for stationary applications. The goals are to achieve an increase in power and higher number of cycles per time unit, in order to open up new market segments for NAS batteries.

Dr. Frank Prechtl of BASF New Business GmbH commented,
“Thanks to its unique properties, sodium-sulfur technology is ideally suited for the steadily growing market for long duration energy storage. With our envisioned technical advancements, we want to significantly broaden the application spectrum for these batteries.”

Tatsumi Ichioka, General Manager of the NAS battery division at NGK adds,
“As we move towards the next generation of sodium-sulfur batteries, the interplay between the chemical processes taking place at battery cell level and the battery modules as a whole system becomes more and more crucial. BASF’s chemical expertise and our know-how in the design and production of battery modules and systems complement each other perfectly.” 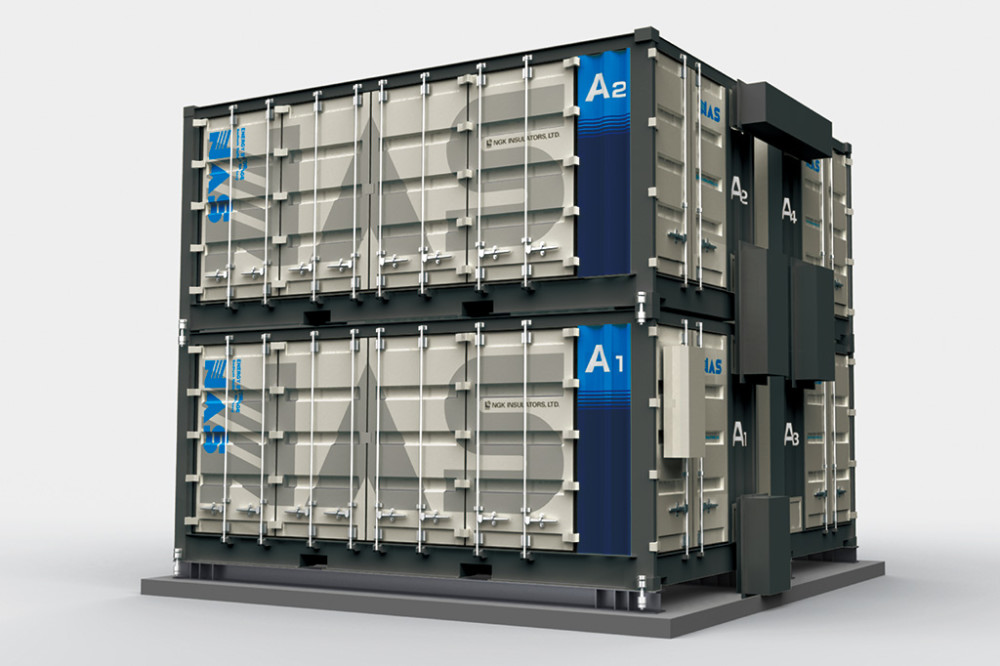 About NGK INSULATORS, LTD.
NGK can look back on a 100-year history and is the world’s largest manufacturer of electrical insulators including 1,000-kV ultrahigh-voltage (UHV) transmission and substation insulators. With foundations in exclusive ceramics technology, NGK contributes to environmental conservation, providing a wide range of products and technology in the “Triple E” growth fields: energy, ecology and electronics. NGK is also one of the largest manufacturers of ceramic catalyst carriers (HONEYCERAM) and Diesel Particulate Filters (DPF) for catalytic converters in automobiles. NGK is also the world’s leading manufacturer in the field of large capacity storage, succeeding in the commercialization of its energy storage system (NAS battery) that has overturned the conventional wisdom that “power cannot be stored”.