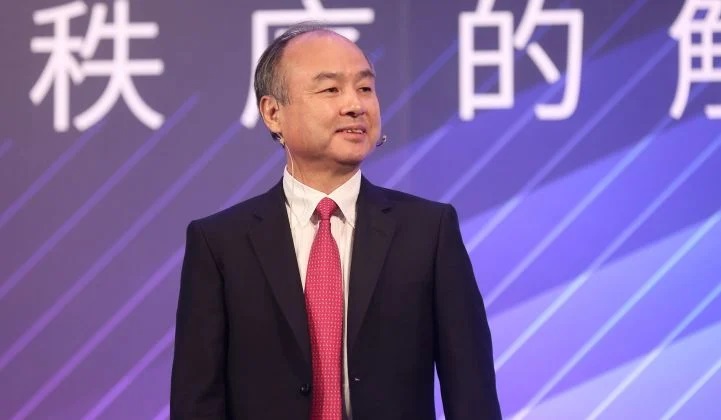 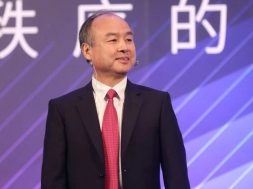 In an interview, the head of SoftBank’s global renewables arm says the company will have its first gigawatt of U.S. solar capacity in operation by next year.

The head of SoftBank’s renewable energy subsidiary, SB Energy Global, says his firm is committed to growing its presence in international clean energy markets despite ongoing financial struggles at the parent company — and new ones stemming from the coronavirus pandemic.

“SoftBank is not exiting the solar business or the renewables business,” SB Energy Global CEO Raman Nanda told Greentech Media. “Our business remains strong despite COVID-19. Our investors are satisfied with our results, and we remain committed to growing this platform.”

In January, The Economic Times of India reported that SoftBank was looking to sell its majority stake in the Indian renewable energy joint venture in an effort to increase liquidity, citing unnamed sources. But SB Energy swiftly denied the report and reaffirmed its commitment to deploying 20 gigawatts of renewable energy in the country.

SoftBank and its $100 billion Vision Fund have been criticized in recent months for making risky bets on technology startups such as Uber and WeWork. These bets brought SoftBank Corp’s net losses to an expected 900 billion yen ($8.5 billion) for the fiscal year ending March 31. SB Energy operates separately from Vision Fund.*

Under mounting financial pressure, SoftBank’s CEO Masayoshi Son announced plans in March to raise as much as $41 billion from asset sales over the coming year to buy back shares and reduce debt in an effort to win back investor confidence.

But moves at the parent company have not reverberated into its renewables business. SB Energy’s Nanda insisted that SoftBank has no plans to divest from the growing renewable energy sector. “Does SoftBank intend to exit solar or renewables or exit this platform?” he said in an interview. “The answer is simply no.”

SB Energy wins big at India auctions
Nanda pointed to SB Energy’s recent wins at two central government auctions in India as the strongest evidence pushing back against allegations that the firm is exiting solar.

The SoftBank subsidiary won the maximum of 600 megawatts in the auction conducted by state-run hydropower utility NHPC, and the maximum of 600 megawatts at the auction held by the Solar Energy Corporation of India. Winning bids at the two auctions came in at 2.55 rupees (3.4 U.S. cents) per kilowatt-hour and 2.50 (3.3 U.S. cents) per kilowatt-hour, respectively, showing the continued cost declines in India’s renewable energy market.

The partnership with NHPC, India’s largest hydropower company, presents an opportunity to work on delivering low-cost, around-the-clock renewable energy through a mix of solar and hydro, said Nanda. Adopting new practices and technologies that improve grid reliability will be critical in order for renewable energy penetration to continue to increase within India’s traditionally coal-reliant power system.

“This kind of partnership with NHPC is a very preliminary first step in the direction of delivering this broader ambition of 24/7 low-cost renewables,” Nanda said.

SB Energy is also in the process of building one of India’s first wind-solar hybrid plants designed to reduce land use and transmission costs.

With the latest auction results, SB Energy has built up a 7.7-gigawatt pipeline of projects in India and will reach its 20-gigawatt target within the next five years, according to Nanda. The company currently claims to have nearly 2 gigawatts of operating renewable energy capacity in the country, 2 gigawatts under construction and an additional 3,700 megawatts under “active development” with contracts in hand.

Development isn’t as active as it once was in India, however. An extended nationwide lockdown and broader supply-chain issues have delayed construction timelines in India, pushing project installation back by two to three months, said the SB Energy CEO. U.S. projects are looking at similar delays, he said.

Project development is starting to get back underway in India. However, Nanda said he’s proceeding with caution as the number of coronavirus cases continues to rise in SB Energy’s key markets.

In the U.S., Nanda says, he’s confident SB Energy will have the first gigawatt of its recently acquired 1.7-gigawatt renewable energy platform operating by next year despite coronavirus-related disruptions. The five projects acquired last year from Intersect Power are located in California and Texas; known offtakers include Austin Energy and the Lower Colorado River Authority.

Construction has slowed down due to rules around social distancing on project sites. But Nanda characterized this as a “managed delay” and that deployment would be back on track by 2021.

SB Energy has an additional 2.3 gigawatts in its “early-stage pipeline” in the U.S., he said. Unlike the company’s project lineup in India, however, that capacity has yet to be contracted and won’t all get built.

Still, “these are not small numbers” for a new market, said Nanda. “Right now, executing the first 1.7 gigawatts is our top priority. Further growth will happen. Just like we’ve grown from 1 gigawatt to 4 gigawatts and more in India.”

Editor’s note: The detail on SB Energy and Vision Fund operating separately was added after the original story was published to avoid confusion.