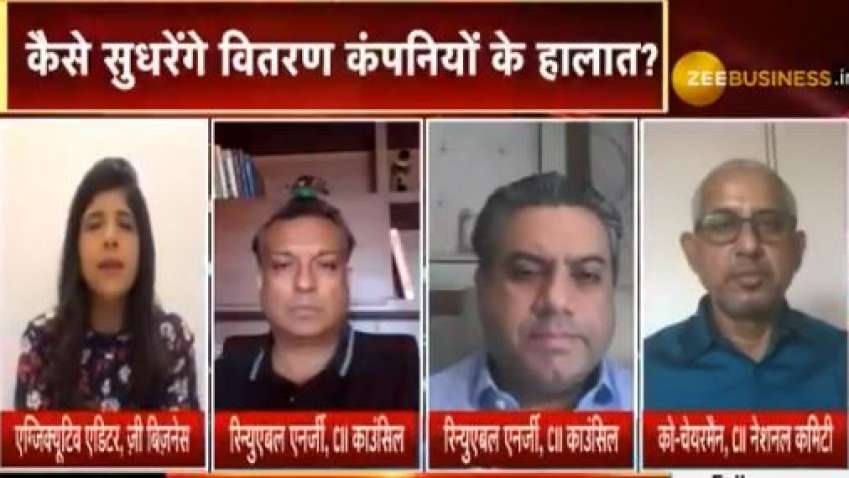 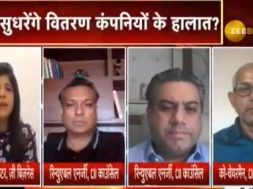 Lockdown due to COVID-19 pandemic has reduced power demand by 25-30 per cent in a month.

Power demand has seen a huge decline amid the lockdown. How big is this decline and what is your view on it?

Sumant: Rightly said that power demand has fallen by 25-30% during the lockdown. It has fallen sharply in some states while little in others. I think it is a temporary situation and it will continue to be down till the lockdown is there, however, it will start increasing again. You will see that power demand will increase gradually after May 3, 2020, when the industries will start functioning. One thing needs to be understood that this is a temporary issue.

Secondly, if you have a look at the entire power sector than you will find that 55-60% power contribution comes from coal-based power generation and only 9-10% is renewable energy. Thus, the maximum reduction is coming from thermal-power and hydro-power segment, while must run status is granted the renewable energy projects. This means, they have to run completely all time, thus there is no impact on the renewable energy section and all projects are running well. However, thermal energy has seen the impact but I said earlier that all this is temporary, which means, things will return to normal after the lockdown is lifted.

Power plants were witnessing low demand even before the lockdown was announced and low capacity utilization was existing in that period as well. Then, how do you envisage the situation in terms of capital utilization? What will change after the lockdown is lifted?

Rajiv Ranjan: There are two things (i) Lockdown impact is an impact of the COVID-19 pandemic and (ii) the sectoral issue that was present before this period. If we look at the sectoral issue, then the load factor of the thermal power sector came down over the year from 70% to 55-57% last year. It has affected many companies and the companies with capacities in the range of 35,000 MW to 40,000 MW are in stress because they have not been listed yet due to which they have not been financed. So, the sectoral issue was in existence and the biggest sectoral issue is that the financial harvest or economic situation of power distribution companies is not that good. Both renewable and conventional power projects are facing stress due to different reasons and are increasing the existing stress. So, we have recommended the government to provide support for the short term issues which affects both the sides in the form of liquidity infusion into Discoms and the government is doing so. Once we are out of this period than as Sumant has said that demand will increase gradually. Then, it will be a time to pay attention to the long term sectoral issues that have no relation with coronavirus. Now, let’s talk about what the government is talking about, they are changes in the Electricity Act and tariff reforms among others. The important thing is that there were problems and this corona has brought additional steps. So, the two should be bifurcated and then focus first on the short term issues and resolve them and then look forward towards the long term issues.

Tariff cuts ranging from 5%-15% have been announced in certain states. What effect will this have in power generation companies?

Rajiv Ranjan: At a time, when we are talking about the decline in power demand ranging from 25-30%. The problem is that there are several sectors and maximum demand loss has occurred in the commercial and industrial sector. And, our tariff structure is such in which the commercial and industrial segment pays higher tariff in the range of Rs 8 and Rs 9, of course, it varies across the states, and in the way, they subsidize other sectors of the consumers. Interestingly, the demand hasn’t gone down in the segment that is subsidized, in fact, domestic consumption has increased, but demand at the place of those who subsidize has reduced further. So, there is a fundamental mismatch where our tariff structure has a lot of cross-subsidies, and over the year, it hasn’t rescued as envisioned in the original electricity act. It should be ended. But, as I have said that we can’t remove all problems in a go, so it is important to help the Discoms as their financial condition is bad, and any impact on their financial health is transferred on us the generators, the private transmission companies. Thus, a liquidity infusion has been provided to them, so that they can be helped in the fundamental basis. Then, we should focus on solving the tariff issues, enforcement issues and regulatory reforms, which was envisioned in the Electricity Act 2003 but were not fulfilled accordingly. So, we should pay attention to it and resolve the sectoral issues.

Rahul Munjal: First of all, I would like to speak about the target of 175 GW in 5 years. Last five years the target stood at 20 GW. We went from a 20 GW to 175 GW. So, you should think that was such an increment was an ambitious target was an overambitious target. I don’t think that the point was never to meet 175, but the point was to get away from the mindset of doing 10-20 GW and think let’s do something big. Will 175 GW be met in 2022 or 2023 or 2024? I believe that it is not a big thing if we achieve it even in 2024 than we will in a better position as a country as compared to others. We will be amongst the top two or three countries along with China, the US and India. There will be among the three countries that will have such a huge 175 GW of renewable sources in the form of wind, solar and hydro. So, I don’t think that we should get blocked by what is the target and when we are going to meet it because the target was huge and we will come close to it and meet it, if not in 2022 then by 2024.

The second question was related to wind, solar versuss thermal pricing than solar pricing has become cheaper than every energy source. Solar energy is the cheapest form of energy today in most parts of the world especially in India because in a country like India we get more than 300 days of good sunlight. Thus, with so much sunlight India is blessed with a lot of sunshine. For India, solar is the best way to go forward and it is already proven to be the lowest source of new energy. If you install a new plant to produce energy than you can’t get anything else, that is cheaper than solar. Thus, it is cost competitiveness.

You also wanted to know about what is happening amid COVID-19 and what we are doing then I would like to talk about a few things as it is a crisis and we should accept it. The first thing, we should show empathy and compassion that is the key. What we have done then we are trying to provide food, mask and other items of basic needs of every poor in the villages that lie around our plants. Secondly, regarding the business as Sumant said, while there is a 25% dip in electricity demand, it translates into 5-7% dip in demand in renewable energy demand. As far as the demand goes than our dip is not huge.