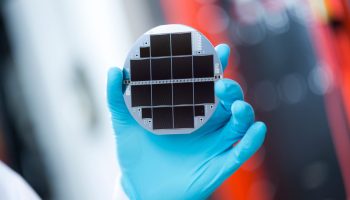 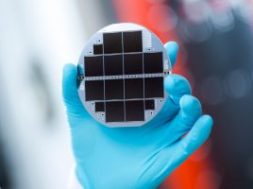 This achievement was made through the research and development of such technologies as CIS absorber engineering and enhanced surface treatment of the absorber – used together with Solar Frontier’s proprietary Cd-free CIS thin-film technology. Making performance improvements to each of the technologies, Solar Frontier reached its new world record by then combining these under optimal conditions. Solar Frontier expresses its gratitude to everyone for their cooperation in achieving this record, namely NEDO and AIST.

Solar Frontier’s thin-film solar cells stand out among other solar cell technologies for the excellent environmental characteristics that they offer, achieving high conversion efficiency while saving resources by foregoing the use of Cd, lead and other such chemical elements. By making use of the underlying technology that it has achieved here, Solar Frontier will continue to pursue the realization of lower costs through increased output capacity of its CIS thin-film modules while also providing customers with environmentally friendly and highly economical products. 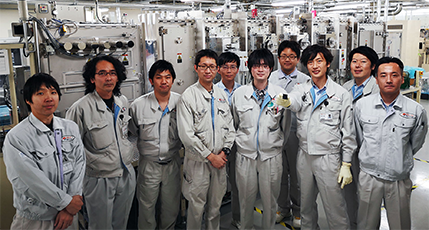 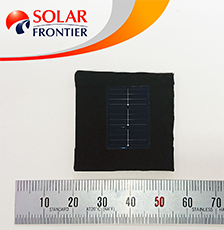 Solar Frontier is the world’s largest provider of CIS solar panels, system solutions and services. Our solar panel technology delivers economical and environmental advantages in real-world conditions – where it counts – and our solutions range from innovative rooftop systems to professional power plant development services. We harness the power of the sun to provide a cleaner, more comfortable life for all. Solar Frontier K.K. is a 100% owned subsidiary of Showa Shell Sekiyu K.K. (TYO:5002) (“Solar Frontier”) and is headquartered in Tokyo, Japan. Visit http://www.solar-frontier.com/eng/ or follow us on Twitter or LinkedIn.You can now find our latest corporate video on YouTube. 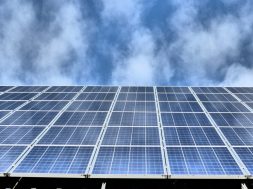