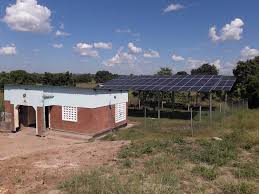 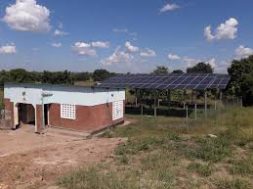 Of the oft-quoted 600 million Africans living without electricity across the continent, it is estimated about 150 million of them live within range of their local public grids but are still not connected.

The challenge is that as populations have grown particularly in rural areas, governments have not prioritized spending the hundreds of millions of dollars, possibly billions, needed to expand traditional power grids to more households.

Over the last couple of decades investors, NGOs, and innovators have been building solar-powered mini-grids to serve small communities in rural areas as a way to help close this gap. For example a mini-grid could consist of a platform with around 100 solar panels serving some 300 rural households which would typically be too expensive to extend the existing grid. Much of the private development has accelerated in the last three years, the Africa Minigrid Developers Association (AMDA) says in a new study.

The AMDA, whose 30 company members represent around 35% of the operational, non-utility-owned renewable energy mini-grids in 12 countries across Africa now has 41,000 connections reaching more than 250,000 people and businesses. Kenya and Tanzania in particular have shown the greatest growth in the number of connections accounting for 70% of all new connections.

The rapid growth has coincided with a reduction in costs—the average price per connection has dropped to $733 in 2019 from $1,555 earlier in the decade. Capex outlay has more than halved in that time and the cost for new entrants has fallen by a third. The average installed costs is also said to have decreased by 65% to $6,200/kW in 2018 from $14,000/kW in 2015.

The study did not find any correlation between how much power consumers used and the revenue per user which is assumed to be due to the wide variance in customer prices from an average of $2.96 in Kenya to $4.58 in Tanzania and $4.83 in Nigeria. The operating expenses, which mostly outstrip revenue, had a similar variance from $2.50 to $6.00.

AMDA makes the case rural mini-grid connections are often “thousands of dollars cheaper than those of state-run utilities.” Though it’s acknowledges that mini-grids have higher kilowatt costs but argue there are “enormous cost savings” which can passed on through end-user subsidies and the like which will ultimately save governments and donors billions of dollars when compared to traditional grid expansion.

Since 2012 sub-Saharan Africa’s mini-grid sector has received up to $1.6 billion in funding. However, due to limited capacity of governments to manage procurement processes, most of this funding has not been disbursed, according to AMDA. It says just 13% of the approved funding had been disbursed at the time of the study’s writing.

Ultimately, even though much of the funding for mini-grids has come from a mix of private and impact investors, donors, NGOs and DFIs, the study notes public funding has been key to attracting them in the first place and to attracting even more to help achieve the true economies of scale continent wide.

One of the biggest obstacles to the successful roll-out of mini-grids across the continent is the uneven regulatory environment which means it can take up to a year on average to achieve compliance for just one site.

The average licensing time for approving a local mini-grid has dropped by half over the last five years, but given the World Bank estimates the continent needs as many as 140,000 mini-grids, it is seen as still taking too long to achieve the meaningful scale needed anytime soon.