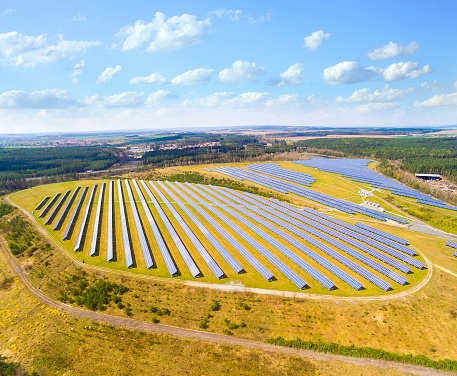 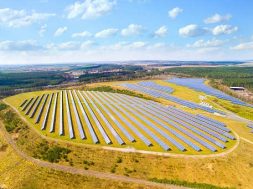 The country’s solar power generation capacity grew to 26,000 MW by end of September 2018 which comprises 87 per cent (23 GW) of utility-scale solar and about 13 per cent (3 GW) of rooftop solar projects

New Delhi: The outlook for the solar power industry looks positive in 2019 on the back of improved capacity addition, favourable policy push and rising demand for non-fossil fuel based energy, industry CEOs and sector experts told ETEnergyworld. They, however, caution against low tariffs hurting the viability of projects and quality of installations.

The solar energy sector was full of uncertainties in 2018 with respect to the imposition of safeguard duty, falling tariffs and continuous fall of the Indian rupee against the US dollar. The country’s solar power generation capacity grew to 26,000 megawatt (MW) by end of September 2018 which comprises 87 per cent (23 GW) of utility-scale solar and about 13 per cent (3 GW) of rooftop solar projects.

According to Girishkumar Kadam, vice-president, and sector head of corporate ratings at research and ratings agency ICRA, the overall outlook for solar power’s demand remains favourable in India, given the improved tariff competitiveness of solar energy and strong policy thrust.

“Even in the conservative estimates, assuming 5 per cent energy demand growth and 8 per cent solar Renewable Purchase Obligation (RPO) requirement by FY22 (as against policy target of 10.5 per cent), incremental solar capacity addition requirement is estimated at about 40-45 GW over next three to four period,” he said.

However, the continuous fall in tariffs witnessed last year has brought viability of projects under question. “With low tariffs, there may be a compromise in the quality of the products used in setting up of the plants,” said Sanjeev Aggarwal, founder, and CEO, Amplus Energy Solutions. He added increasing scepticism regarding quality would be an alarming trend for 2019.

More than 90 per cent of solar panels and modules used in Indian solar projects are imported from China and Malaysia. Therefore, domestic price fluctuation is also dependent upon supply trends in these markets. According to Maxson Lewis, managing director, Magenta Power, the year 2019 would be driven by cost optimisation and stabilisation of solar panel prices, and the crash in solar prices as a result of the overcapacity in China in 2017-18 is set to taper off.

“The demand is picking up in Africa which is a logical market for China and, hence, the pricing scenario is likely to get back to demand-driven price points rather than oversupply driven dips,” Lewis said.

In order to address the issue of Chinese imports and to boost local manufacturing, the government had floated a 10 GW tender in May 2018, which received a lukewarm response from the industry. The manufacturing-linked tender was first floated by Solar Energy Corporation of India (SECI) but the industry has not been keen on the model and the bid submission was postponed six times.

“Investing in domestic manufacturing can help in building the supply chain, control prices, and earn foreign exchange through exports besides creating jobs, increasing gross domestic product for the country and stabilising the adverse balance of payments,” he said.

India’s solar deployment plan has also received a boost from multinational corporations who are increasingly declaring themselves net carbon zero companies. More and more of these corporates are working to lower their carbon footprints and moving to adopt solar.

“We believe that adoption of solar energy by corporates will continue to grow at a fast pace as they recognise climate change and sustainability as the need of the hour, coupled with the cost advantages of switching to solar,” said Nikunj Ghodawat, CFO of CleanMax Solar.

Among the other factors helping quicker pickup in demand for solar is the government’s focus on electric mobility. “Additional clarity is likely to come in with regards to regulations and fiscal incentives in the EV space. This may have an impact on the adoption of EV charging infrastructure (augmented by solar energy), as well as EV accessories (eg, storage),” said Ramnath Vaidyanathan, CEO of WiSH Energy, a subsidiary of US-based Enzen Group.

Other industry leaders believe India’s solar power sector is set to witness a technology-led growth at a massive scale. Technological innovation is at the centre of solar power development in India, say Sunil Rathi, director at Waaree Energies, a large solar player. “With disruptive techniques that put us on a par with international counterparts, we believe floating solar, energy storage and flexible modules will prove to be important tools in taking solar energy to the next level,” he said.

Rathi also pointed out that the government’s latest move to impose safeguard duty on imports of Chinese solar panels has created a level playing field for local manufacturers to showcase their capabilities and bring disruptive R&D. This is another reason why adoption of new technology has become possible.

The promising outlook for the sector comes on the backdrop of major execution challenges. Consultancy firm, Bridge to India, recently pointed out that overall solar power capacity addition is slowing down. “Indian solar market has grown spectacularly over last four years but is struggling to sustain because of policy and execution challenges. The slowdown is worrying for all stakeholders,” said Vinay Rustagi, managing director, Bridge to India.

India added only 1,900 MW of solar capacity in the first six months of the current financial year (April-September 2018), down 44 per cent as compared to the solar capacity added in the same period last year. The generation capacity of 1,200 MW added in the quarter ended September, too, was 43 per cent less than the capacity addition achieved in the corresponding quarter last fiscal.