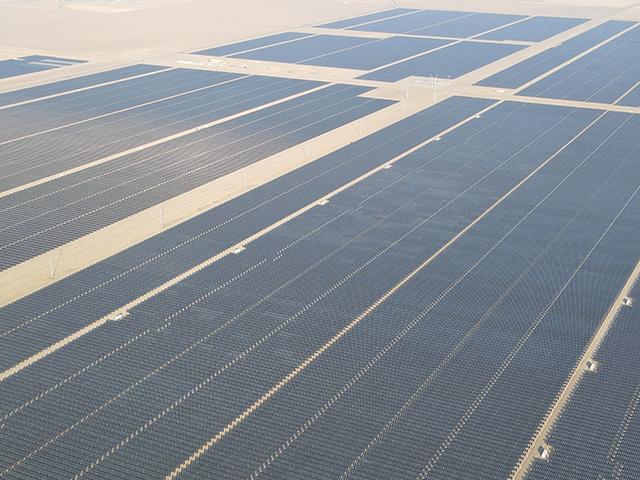 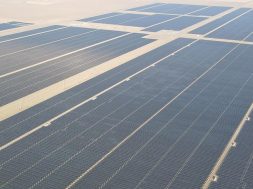 NASIANDA, Kenya : Robert Wafula, a 54-year-old farmer from Nasianda village in western Kenya, credits his change in fortune to his three dairy goats that he fondly refers to as his “newfound gold mines.”

Three years ago, Wafula was unable to make ends meet after harvesting the maize and beans he grows on his 1 1/2-acre farm.

“I used to look for casual labor or borrow money from neighbors to buy for my family basics like food, fuel, and even soap. These days, I can afford all these and more from my goat milk earnings,” the father of six said.

Wafula’s change in fortune is the result of a renewable energy project launched in 2018 that distributes free solar lights to struggling farmers in western Kenya, the coastal region, and Kibera, the country’s biggest slum. Money saved from the use of solar energy has enabled struggling farmers like Wafula to transition from subsistence farming to agribusinesses.

The project, initiated by Africa for SDGs, U.S.-based charity Watts of Love, and International Christian Youthworks Africa, aims to save families from spending about $1 every day on kerosene — a widely used fuel that has been linked to impaired lung function, asthma, cancer, and increased susceptibility to infectious diseases such as tuberculosis. Other kerosene hazards include poisonings, fires, and explosions.

After switching from kerosene to solar lights, farmers are provided with agribusiness training and can invest the saved earnings in sustainable agribusinesses instead of relying on rain-fed agriculture, said Joe Bonga, head of Africa for SDGs.

“The solar lights help farmers to … diversify into moneymaking projects like goat, sheep, and pig farming, as well as chicken rearing and beekeeping,” Bonga said.

After every season or four months, Wafula used to sell roughly 10 bags of maize for about $20 each. Now he is able to fetch about $2 daily for the milk from his three dairy goats — which has doubled his income.

Another farmer, 40-year-old Pamela Kwamboka, invested in 60 banana vines and now has a basketball court-sized plantation, while 34-year-old Agnes Sifuna used her savings to invest in hybrid sheep.

“When a mother gives birth to new lambs, I sell one adult. I use this money to pay school fees for my children and also buy fertilizer and chemicals to improve yield on my farm,” said Sifuna, a mother of six.

Designed to look like a bedside clock, each palm-sized light unit has a solar panel at the back and an built-in battery stronger than that of an iPhone 8, according to Nancy Economou, the founder and chief executive officer at Watts of Love.

It can last 10 years, is shockproof, and has three settings to allow users to time their energy needs. The first setting lasts 120 hours of continuous run time and the second 10 hours, while the third, which is extremely bright, lasts 2 1/2 hours, Economou said.

Economou said the project has so far distributed 500 solar units to vulnerable families in Kenya and aims to distribute another 15,000 solar lights in the country over the next three years.

The project is inspired by the need to go beyond handouts and empower low-income people to discover opportunities they can generate through the solar units to boost their revenues and improve their livelihoods, she said.

The need for renewable energy in agriculture
Speaking at an agricultural conference last year, Peter Munya, Cabinet secretary at the Ministry of Agriculture, said that although the sector accounts for 26% of Kenya’s gross domestic product, more than half of the country’s agricultural production is subsistence farming.

A report released by Factor[e] Ventures, with support from The Rockefeller Foundation and the Windward Fund, found that Africa’s agriculture sector is failing to grow because of limited investments in energy and technology.

The report noted that agriculture and agribusiness is projected to be a $1 trillion industry in sub-Saharan Africa by 2030 if powered by renewables like solar energy, and it concluded that “growing agribusinesses and smallholder farmers need modern energy to thrive.”

For Wafula, the solar lights have not only helped him to thrive but also to survive the additional challenges brought about by COVID-19.

“I have been using oxen to plow my land, but during the COVID-19 pandemic, I could not afford to hire one. So I used the solar light to work extra hours at night, and this is how I managed to plow my whole land on my own,” he said.