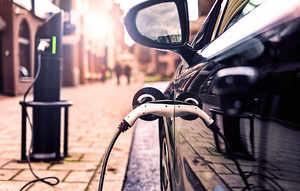 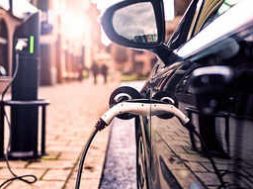 Nagpur: Close on the heels of the central government’s plan to replace 100% vehicles with electric ones by 2030 to reduce carbon footprint and create more environmentally sustainable future, the Nagpur Smart and Sustainable City Development Corporation Limited (NSSCDCL)— Smart City special purpose vehicle — has decided to take first step towards the initiatives.

Keeping this in mind, a France-based company, Solstyce SAS, in association with NSSCDCL has decided to conduct a study for running all vehicles in the city on electric, including solar power, in next 10 years. The company will also develop three electric vehicles charging stations and operate them for one year.

NSSCDCL CEO Ramnath Sonawane told TOI NSSCDCL board of directors headed by additional chief secretary to CM Praveen Pardeshi approved the proposal at a meeting held here on Saturday. “It will be a prospective study regarding electrical mobility in the city in coming 10 years. A proper plan will be chalked out followed by implementation in case the study finds the feasibility to run the e-vehicles in the city,” he said.

Of three charging stations, Solstyce SAS has proposed to develop one on solar power, probably first in the country, and fund the entire study as well as the functioning of charging stations.

At present, Ola is operating 83 e-cabs in the city. Few days ago, a Hyderabad-based company donated one electric-run bus to a senior citizens’ organization with the initiatives of Union minister Nitin Gadkari.

In another green initiative, NSSCDCL board passed the proposal to implement Urban LEDS-II (low emissions development strategies) in association with New Delhi-based ICLEI. The project is titled as ‘Accelerating climate action through the promotion of Urban LEDS-II’.

The project offers opportunities for providing technical assistance in terms of feasibility study, technology solution and project report presentation and also implementation of pilot scale projects. As per ICLEI’s plan, areas to be focused under the project will be renewable energy, solid waste management, energy efficiency technology, sustainable urban transport, water and waste water technology for reducing GHG emission. The project will be executed up to March 2021.

The garbage transfer stations have been planned to ensure garbage not dumped anywhere in the city on surface layer. The process to appoint two new operators for collection of garbage from doorsteps is going on. The agencies will operate and maintain the stations.

NSSCDCL board approved budget for upcoming fiscal- 2019-20. The Special Purpose Vehicle (SPV) will have cash of Rs285.03 crore before commencement of the new fiscal. It will get an additional fund of Rs54 crore from the Centre, the state and the NMC as grants. However, SPV will be able to spend only Rs134.94 crore in entire fiscal and Rs204.08 crore will be surplus.

The expenditure is expected to be less as only two projects are likely to be executed in the fiscal. Expenditure of Rs100.09 crore is expected in tenderSURE project in which NSSCDCL is laying all types of amenities at a time. Total cost of the project is Rs650 crore. All these works are planned in Smart City (area based development) area—Bharatwada, Punapur, Bhandewadi and Pardi in East Nagpur.

Second project planned to be executed in the same area is housing schemes of 1,024 flats at the cost of Rs237 crore. In 2019-20, the expenditure of Rs24 crore is expected on this project.