Spanish renewable energy and engineering company Abengoa on Tuesday reported a record net loss of 7.6 billion euros ($8 billion) for 2016 and said it was close to wrapping up a debt restructuring that has saved it from bankruptcy.

Abengoa said its business was hit by a cash crunch last year as it raced to strike an agreement with creditors, which affected the roll-out of new projects. It also booked writedowns on a series of assets.

Its earnings before interest, taxes, depreciation and amortisation (Ebitda) was a negative 241 million euros in 2016. In 2015 it posted a net loss of 1.2 billion euros.

Abengoa agreed to a debt-to-equity swap with its creditors last October and earlier on Tuesday said it now had the consents it needed for a planned new cash injection as part of its restructuring. ($1 = 0.9442 euros) 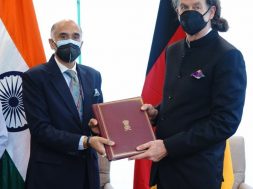