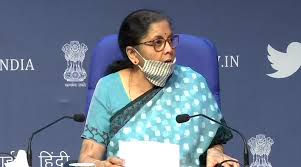 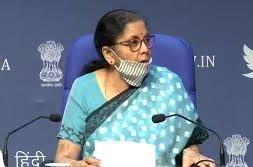 The Union Cabinet, chaired by the Prime Minister Narendra Modi, gave its approval to the proposal of the Ministry of Finance to launch a new Special Liquidity Scheme for Non-Banking Financial Companies (NBFCs) and Housing Finance Companies (HFCs) to improve liquidity position of the NBFCs/HFCs.

The direct financial implication for the Government is Rs.5 crore, which may be the equity contribution to the Special Purpose Vehicle (SPV). Beyond that, there is no financial implication for the Government until the Guarantee involved is invoked. However, on invocation, the extent of Government liability would be equal to the amount of default subject to the Guarantee ceiling. The ceiling of aggregate guarantee has been set at Rs.30,000 crore, to be extended by the amount required as per the need.

The Government has proposed a framework for addressing the liquidity constraints of Non-Banking Financial Companies (NBFCs) and Housing Finance Companies (HFCs) through a Special Liquidity Scheme. An SPV would be set up to manage a Stressed Asset Fund (SAF) whose special securities would be guaranteed by the Government of India and purchased by the Reserve Bank of India (RBI) only. The proceeds of sale of such securities would be used by the SPV to acquire short-term debt of NBFCs/HFCs. The Scheme will be administered by the Department of Financial Services, which will issue the detailed guidelines.

A large public sector bank would set up an SPV to manage a stressed asset fund which would issue interest bearing special securities guaranteed by the Government of India, to be purchased by RBI only. The SPV would issue securities as per requirement subject to the total amount of securities outstanding not exceeding Rs.30,000 crore to be extended by the amount required as per the need. The securities issued by the SPV would be purchased by RBI and proceeds thereof would be used by the SPV to acquire the debt of at least investment grade of short duration (residual maturity of upto 3 months) of eligible NBFCs / HFCs.

The proposed scheme would be a one-stop arrangement between the SPV and the NBFCs without having to liquidate their current asset portfolio. The scheme would also act as an enabler for the NBFC to get investment grade or better rating for bonds issued.