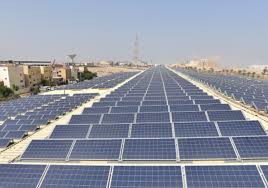 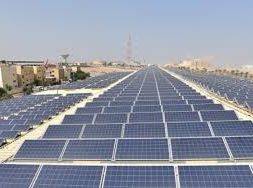 Cabinet approval has been granted to construct 100 MW Solar Power Plant under Private Sector Investments at Siyabalanduwa and a 10 MW Wind Power Plant for the Trincomalee Grid Substation to ensure steady and uninterrupted power supply to the country round the year, Co-Cabinet Spokesman, Energy Minister Udaya Gammanpila said yesterday.

“Steps have been taken to implement the Siyabalanduwa Solar Power Plant such as conducting the feasibility study, Environment Impact Assessment and securing the lands,” he added.

“The assistance of the Asian Development Bank (ADB) has been accepted to conduct an analysis on the procedure that should be followed to develop the power plant and access to financing. It has been proved by the initial assessments that the proposed project with transmission infrastructure should be implemented as a procurement of 100 MW single power plant and transmission facilities in order to obtain a minimum power consumption charge for the generation and transmission of a unit of electricity,” Minister Gammanpila stressed.

The power generation project will be implemented through private investment, to construct the power line from Medagama to Ampara by the Ceylon Electricity Board (CEB).

The Cabinet also approved the awarding of the contract for the building a 10MW Wind Power Plant for the Trincomalee Grid Substation, Minister Gammanpila said.

“It has been decided to add 60 MW wind power capacity to the national grid to increase the capacity of Trincomalee, Mannar, Bolawatta, Madampe and Kappalthure Grid Substations with the view to increase the usage of renewable energy, at the rate of Rs.14.52 per unit,” Minister Gammanpila noted.

The tender for the construction, power generation, transmission and supply of power had been awarded to Capital City Holdings (Pvt) Ltd. by following the international competitive bids procedure as recommended by the Negotiating Committee appointed by the Cabinet, he said.(Sandun A Jayasekera)