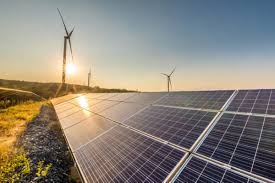 SHANGHAI: China has brought about 40 gigawatts (GW) of new solar power into operation in 2020, taking its total installed solar capacity to 240 GW, its solar manufacturing association said on Thursday.

China’s total solar capacity had increased more than fivefold since 2015 and could double in the next five years, said Wang Bohua, vice-chairman of the China Photovoltaic Industry Association (CPIA).

Solar capacity growth has slipped back since hitting a record 53 GW in 2017, with the state grappling with a subsidy payment backlog in excess of 200 billion yuan ($30.55 billion) as well as grid access problems for many projects.

Solar accounted for about 10% of China’s total generation capacity at the end of 2019.

But it is now embarking on an accelerated clean energy transition as it bids to become “carbon-neutral” by 2060, and construction is expected to hit new highs in coming years.

A rapid decline in costs has also allowed projects to operate without subsidies.

Wang told an industry conference that China’s solar capacity growth was expected to reach an average of 70 GW a year during the 2021-2025 “five-year plan”, and could even be as high as 90 GW, according to a CPIA presentation.