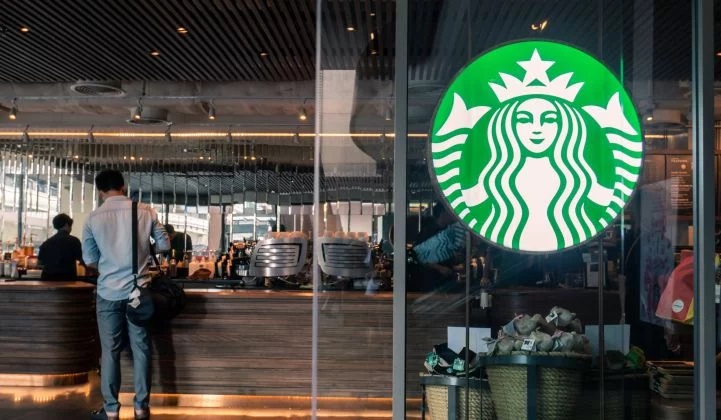 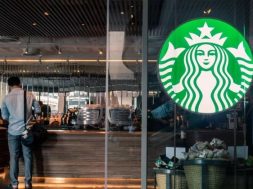 Coffee giant contracts for power from three projects built by three developers in three states, in what’s being described as a first for the corporate market.

Starbucks announced another large-scale renewables deal Wednesday, with enough power to supply 3,000 of its U.S. stores. The portfolio, encompassing 146 megawatts of wind and solar, draws from three different plants located in three states.

LevelTen Energy, the renewable energy marketplace that brokered the deal, said the transaction’s portfolio approach is a first in the industry.

“Starbucks is setting an important precedent in the corporate energy procurement space by demonstrating how a single offtaker can safely and easily procure shares of renewable energy from a variety of new wind and solar projects,” said Bryce Smith, LevelTen’s CEO, in a statement.

Rather than signing on to several projects with a single developer — as Starbucks did in April, contracting for a total of 70-megawatts from eight Cypress Creek Renewables projects — the LevelTen portfolio includes three projects from different developers, located in different regions.

The projects are also located within three different wholesale power markets, overseen by ERCOT, PJM and the Southwest Power Pool.

“As corporations move toward higher and higher standards of sustainability and carbon-neutrality, they’re going to have to do more and more complex deals. This seems to be a good example of that,” said Colin Smith, a senior solar analyst at Wood Mackenzie Power & Renewables.

“They obviously thought long and hard about how to structure energy procurement for not just one region or one data center, but for thousands of locations. […] From that standpoint, it’s pretty unique,” Smith said.

“Buying renewable energy from multiple projects across the U.S. reflects how we use electricity across our store portfolio,” said Patrick Leonard, Starbucks’ energy manager, in an email to Greentech Media.

“Starbucks’ analysis showed a significant reduction in value at risk from the portfolio approach vs. sourcing from any one of the projects in the portfolio,” Leonard said. “Inherently, diversity of technology (wind, solar), location [independent system operator], and developer should all result in a better balance of risks than picking a single project.”

The developments are slated to come online by 2021. In the meantime, Apex Clean Energy said one of its Texas wind projects, with a capacity of 151.2 megawatts, will provide Starbucks with 1.5 million renewable energy credits to meet its goal under the RE100 initiative.

In the past, technology companies with huge electricity demands, such as Google and Facebook, have dominated corporate renewables deals.

In a recent interview, LevelTen’s Smith told Greentech Media that his company’s marketplace aims to open up the renewables market to different types of corporate buyers by offering more ways for them to engage with renewable energy. That includes aggregation deals.

“Buyers are open to aggregation,” he said. “But the details of that have to be solved for them. We allow buyers to buy [power-purchase agreements] from individual assets, but we also aggregate buyers using software and data science, where they don’t have to identify other like buyers.”

LevelTen said the Starbucks deal used its Dynamic Matching Engine software, which analyzes renewables projects in development and helps corporates choose projects, or portions of projects, that work for them. In January, LevelTen announced an aggregated deal involving Bloomberg, Gap and others. Each offtaker contracted for between 5 and 10 megawatts of a total 42.5-megawatt solar deal.

Earlier this week, the company announced it had secured financing of $20.5 million, in part to expand its marketplace into Europe.