The sale of Hydreq was proposed after a group of investors led by Global Infrastructure Partners announced plans to acquire Equis Energy for $5 billion in October 2017. Equis Energy was focused on solar and wind power projects.

The sale process for Hydreq is being managed by EY.

Others have also shown interest in Hydreq’s assets. Mint earlier reported that Greenko Group and Tata Power Ltd were interested in buying the two hydropower plants.

Hydropower projects are ideal to meet peak load as they are relatively easier to switch on and off in line with demand, compared to thermal power plants.

The interest in Hydreq’s assets follows the change in regulations governing the beleaguered hydropower sector. As part of the new hydro policy, last month the Union cabinet approved large hydropower projects as a renewable energy source, making them a part of the renewable purchase obligation, which requires power discoms to purchase a fixed amount of renewable energy to cut dependence on fossil fuels.

When contacted, an Actis spokesperson declined to comment. “As a matter of principle, we do not comment on rumours about possible transactions in the market,” a Statkraft spokesperson said in an emailed response.

Queries emailed to the spokespersons of Equis and EY on Thursday evening remained unanswered.

Actis has renewed its interest in the Indian energy space after selling its first green energy firm, Ostro Energy, to ReNew Power Ventures at an enterprise value of $1.5 billion last year. The PE firm has a stated strategy of growing its green energy portfolio through acquisitions and bids for new projects. Mint reported on 4 April that Actis was in talks to buy the Indian solar power business of French energy firm Engie SA. Actis’ renewable energy platform, Sprng Energy, had acquired 194MW of Shapoorji Pallonji group’s solar assets last month for an enterprise value of $200 million.

India’s hydropower sector is going through a transition phase. Of the 66 gigawatts (GW) facing various degrees of financial stress, there are 13 hydropower projects comprising 4.57GW. India is, however, seeking to leverage the advantages of hydro power defined by low life-cycle tariffs, reduction in carbon emissions and lower dependence on thermal power. But at 45.4GW, it comprises only 13% of India’s installed capacity of 349GW.

Equis is a major investor in infrastructure and real estate in the Asia-Pacific region. Actis’ interest in Hydreq also stems from the private equity firm’s plan to set up a new company in India to house its operational renewable energy assets. It is attracted by the nation’s growing green economy. Actis, which invests solely in emerging markets, has committed $2.1 billion for India and has been operating in the energy, financial services and real estate space. 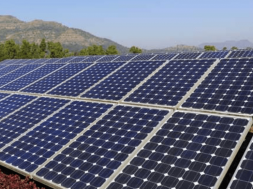