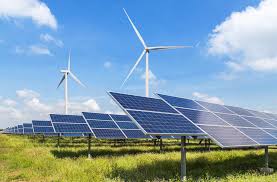 Sterling and Wilson Solar already has a strong presence in the region with one project of 93.3 MW in Argentina and three projects of 588 MW under construction in Chile

New Delhi: Sterling and Wilson Solar on Thursday said it has won a 106.71 MW solar project in Chile, its fifth in Latin America, worth USD 62.6 million (about Rs 462 crore). “Sterling and Wilson Solar has signed an order of 106.71 MW worth USD 62.6 million in Chile. The order has been received from a global independent power producer (IPP), work for which is expected to begin in Q4 FY 2021,” the company said in a statement.

Sterling and Wilson Solar already has a strong presence in the region with one project of 93.3 MW in Argentina and three projects of 588 MW under construction in Chile.

“We are excited to win our fifth project in Latin America. Our continuous focus in the market has reaped rich benefits with these prestigious project wins,” Sterling and Wilson Solar Director and Global CEO Bikesh Ogra said.

“We have established ourselves in Latin America with a cumulative order book of around USD 488 million (Rs 3,558 crores), making us amongst the leading players in the region,” he added.

Chile is one of Latin America’s fastest-growing economies in recent decades, thanks to its solid macroeconomic framework, he said.

“This coupled with a global race to energy transition enables increasing participation of foreign companies in the Chilean renewable energy market making it one of the key focus regions for us,” Ogra said.

Sterling and Wilson Solar has been executing projects globally and has to its credit more than 10.5 GW of solar power projects (commissioned and under various stages of construction) in various geographies.

The company also manages a portfolio of 7.8 GW of O&M (operation and maintenance) projects globally.