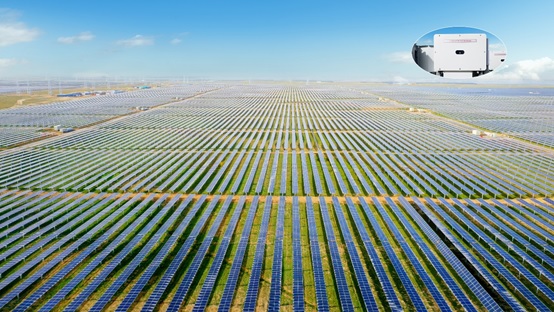 As the system cost of PV plants declines, PV power generation is entering an era of parity, or even low prices. A large number of consulting organizations, including the International Renewable Energy Agency and BloombergNEF, believe that renewable energy is the most cost-effective power source, even without subsidies. The low cost is attributed to the accelerated iteration of PV product technologies and the continuous reduction of costs. PV modules and inverter enterprises have largely contributed to this.

While the cost is being optimized, the inverter technology is also being continuously innovated. Increasingly popular in the inverter field, string inverters have occupied the majority of the utility PV plant market since 2020 thanks to their excellent power generation performance and reduced price difference with central inverters. According to a survey conducted by PV Men, a leading PV media based in China, in the biddings for state-owned electric power enterprises in the first half of 2020, the capacity of string inverters exceeded 18 GW, accounting for 74.3% of the total capacity 24.3 GW in the biddings. Huawei alone occupies approximately 80% of the market share.

Figure: Biddings for state-owned electric power enterprises in the first half of 2020 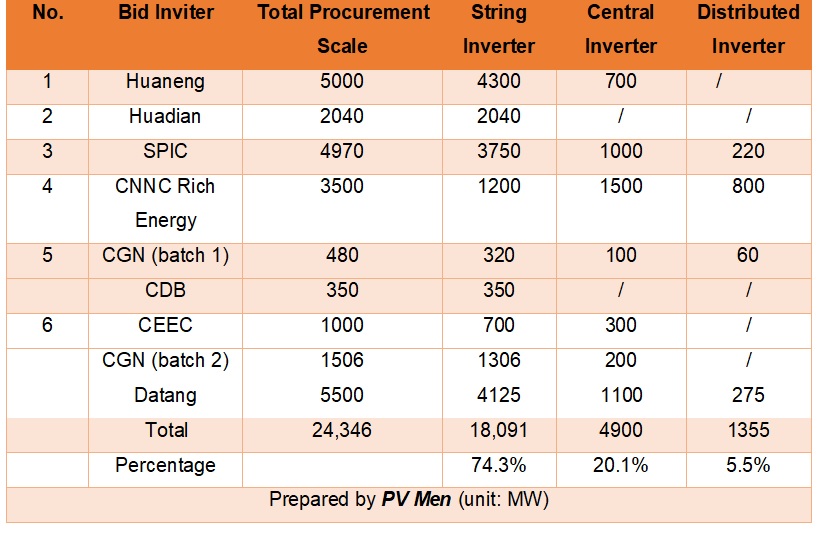 It can be clearly seen that string inverters are garnering increasing interest from plant owners. An R&D owner with more than 10 years of PV experience believes that if the prices of power electronic components are further lowered in the future, the competitiveness of string inverters will be more distinct. Compared with central inverters, in addition to the multiple MPPTs, string inverters can accurately identify faults in each PV string to facilitate precise O&M, greatly improving efficiency.

The owner explained: “Currently, the advantages and disadvantages of central inverters are clear. Specifically, central inverters have following advantages: relatively low average price per watt, over 98.5% single inverter conversion efficiency, low inverter power loss, simple and cost-effective cabling on the AC side, and small line loss. However, there are also notable disadvantages, including a relatively low IP rating (resulting in the cost of O&M dust removal), insufficient MPPT precision, and the fact that the energy yield is greatly affected when a fault occurs. In contrast, with multiple MPPTs to improve the tracking precision and a conversion efficiency of up to 99%, string inverters not only are less affected by a single PV string fault, but also feature IP65 or higher protection and low O&M costs. In addition, the end-to-end system performance of string inverters is on par with that of the central inverters.”

In 2019, the global PV inverter market exceeded US$9 billion, and the shipment reached 127 GW. According to the data provided by Wood Mackenzie, vendors who ranked in the top 10 globally are Huawei, Sungrow, SMA, Power Electronics, Fimer, Sineng, SolarEdge, Growatt, TMEIC, Ginlong Technologies. The Chinese brands occupy half the market. In the past few years, China’s inverter enterprises have been working in both domestic and international markets. Their products cover 3–30 kW residential inverters and 30–250 kW string inverters.

Product and technology update and iteration is the most powerful driving force for the PV industry to increase its competitiveness in the power market. As one of the key devices, inverters play a significant role in the competition. With the diversification of PV application scenarios, various types of products will maximize their value in their fields of expertise. However, as the penetration rate of power grids increases and more requirements are raised, such as the demand for batteries, a great deal of challenges await inverters.