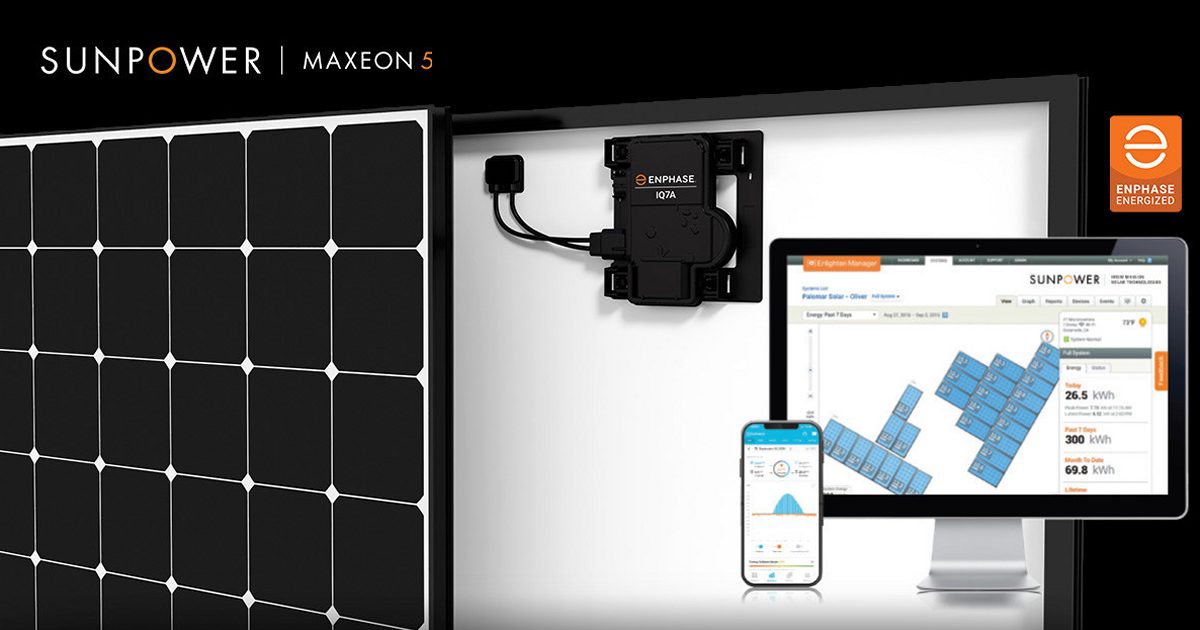 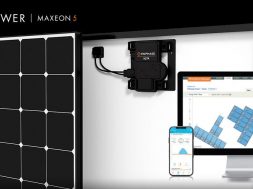 When Maxeon Solar Technologies announced its new SunPower Maxeon 5 AC solar panel was available in selected European countries in December last year, it wasn’t clear if and when it would be available in Australia.

It is now : the SunPower spinoff1 announced yesterday the modules are immediately available through Maxeon’s authorised partners in Australia.

What’s So Interesting About The SunPower Maxeon 5 AC?
First, this is a big panel in terms of power/capacity – the Maxeon 5 AC is available in 400-watt, 410-watt and 415-watt models, which makes it the most powerful solar panel manufactured specifically for residential rooftops currently available in Australia. While big on power, it’s comparatively small on physical size – 1835mm x 1017mm x 40mm. Just as a comparison, another high-end panel, the LG Neon 2 415W, is 2024mm x 1024mm x 40 mm.

Second, this is an AC solar panel, meaning it has a factory-integrated microinverter on the back – the Enphase IQ7A. Instead of the Direct Current (DC) power generated by conventional modules, these panels output Alternating Current (AC). You can find out more about the pros and cons of AC solar panels and microinverters here.

Various manufacturers have been producing AC modules that have been available overseas for some years, but few have appeared in Australia. The locally-produced original Tindo Karra was one.

The SunPower Maxeon 5 AC also has a very good temperature coefficient: −0.29%/°C. This refers to how much a solar panel’s efficiency is reduced by for each degree increase in the panel’s (not air) temperature above STC (standard testing conditions), which is 25°C. You can learn more about how heat affects solar panel output here.

Weight-wise, the Maxeon 5 AC is heavier than the LG Neon 2 – 21.1kg vs. 20.3 kg. That difference would be due to the integrated Enphase microinverter that weighs a bit over a kilogram, which is significantly heavier than the PV junction box on conventional panels that it replaces.

Maxeon is providing a 25 year product warranty, covering both the panel and microinverter, and a year 25 warranted power output of 92%.

I still don’t have pricing at this point but as mentioned previously, the Maxeon 5 will no doubt be very pricey as anything branded SunPower tends to be. But buyers aren’t just paying for a name and SunPower solar panel reviews from Australians have generally been very positive.