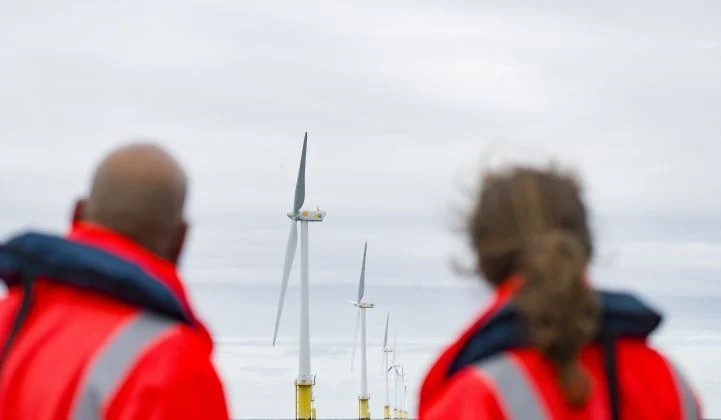 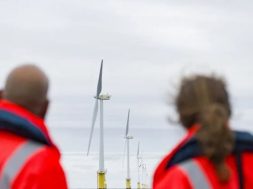 Shell is chasing carbon-neutrality. A new project in the Netherlands offers a glimpse into how it may get there.

Shell is chasing carbon-neutrality by 2050 or sooner, and the project in the Netherlands offers a glimpse of how it hopes to get there.

The pair’s CrossWind consortium was revealed on Wednesday as the winner of the subsidy-free auction for the Hollandse Kust (noord) project. CrossWind plans to have the 759-megawatt offshore wind farm up and running in 2023 with solar, storage and hydrogen elements thrown into the mix. Both companies confirmed that the final investment decision on the project has already been made.

The tender for Hollandse Kust (noord) encouraged participants to incorporate green hydrogen plans. But Shell and Eneco have gone several steps further. In a statement, CrossWind said it would incorporate five technology demonstrations that could be implemented at full scale in the future, combining the various technologies to provide continuous power, regardless of whether the wind is blowing.

The wind farm will be paired with a floating solar facility and a short-duration battery. It will also generate green hydrogen via an electrolyzer that CrossWind says will be used as a “further storage technique.”

Shell said in May that it hopes to use Hollandse Kust (noord) to power a 200-megawatt electrolyzer for one of its own refineries. Other details on the size of the solar and battery components were not immediately available.

The final innovation at Hollandse Kust (noord) will see turbines being “tuned” to ensure that they minimize the wake effects — that is, the impact of one turbine on those behind it, which ultimately reduces power generation. Ørsted last year cut its expected returns on some of its offshore projects because the wake effect had been underestimated in its models.

Ørsted was the only other bidder for the Hollandse Kust (noord) project, Dutch authorities confirmed Wednesday. Shell very nearly acquired Eneco last year, losing out in an auction to Mitsubishi.

“Offshore wind will play a pivotal role in the worldwide energy transition,” said Maarten Wetselaar, director of Shell’s Integrated Gas and New Energies unit, in a statement. “It will also be another important next step in our ambition to become a net-zero emissions energy business by 2050 or sooner, in step with society. This wind farm is a crucial part of a new value chain — from wind to hydrogen — with our ambition to build a green hydrogen plant in Rotterdam and with NortH2.”

Combining the storage element Shell revealed today with the end demand from the refinery would theoretically allow it to fill in gaps in refinery demand with green hydrogen produced and then stored. What is not clear is what Shell’s plans are for the stored hydrogen. It could be used to generate power via a turbine and sent to the grid or the short-duration battery, or it could be used at a later date for the refinery.

Using curtailed and below-market-price power to generate extra hydrogen would also prompt further declines in the average electricity price used for the electrolyzer. It’s unlikely that, plus extra gains from the reduction in wake effects, can drop the wind farm’s levelized cost of energy close enough to zero. Shell has advocated for hydrogen subsidies to help early projects get off the ground.

Shell is set to announce its second-quarter results on Thursday. When it revealed its net-zero plans in May, it said existing budgets and business plans would be adjusted to reflect the new targets soon. If that adjustment includes acknowledging a faster energy transition, Shell could potentially follow rival BP with deep write-downs to its oil and gas assets.

0
0   0
previous More Big Batteries Coming to the West, as EDF Renewables Nabs Deal With NV Energy
next Public Procurement (Preference to Make in India) to provide for Purchase Preference (linked with local content) in respect of Power Sector