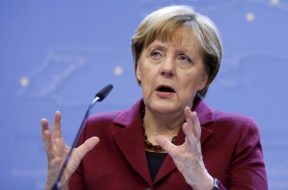 Europe & UK
Germany has spent an unprecedented 500 billion euros ($577 billion) on its “Energiewende” since 2000 to shift the economy toward cleaner sources of energy. Angela Merkel this week will seek to bridge divisions in Germany about how quickly to cut the nation’s reliance on coal, a controversial issue that has sparked violent clashes between green […]
Read more