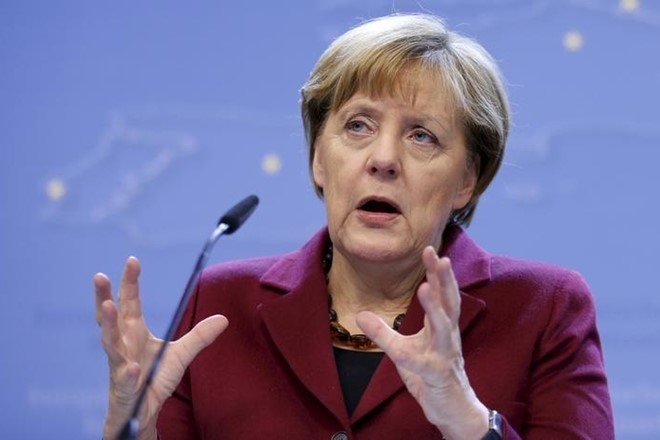 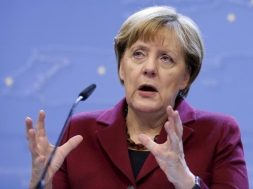 Germany has spent an unprecedented 500 billion euros ($577 billion) on its “Energiewende” since 2000 to shift the economy toward cleaner sources of energy.

Angela Merkel this week will seek to bridge divisions in Germany about how quickly to cut the nation’s reliance on coal, a controversial issue that has sparked violent clashes between green protesters and police and rattled its brittle governing coalition.

The Chancellor will use a Tuesday dinner meeting in Berlin to press a panel plotting an exit from the world’s most widely used power-plant fuel to speed up plans after it requested an extension in December. The group made up of coal-state governors, industry lobbyists, union members and environmentalists has a Feb. 1 deadline to spell out a comprehensive exit plan.

As Europe’s biggest economy is poised to miss its 2020 target to cut carbon emissions, the chancellor is struggling to balance climate friendly pledges against demands from industry to protect jobs and consumer groups for cheaper energy. Utilities led by RWE AG and unions covering the mining, chemicals and metals industry warn that jobs will be lost and competitiveness hurt if Germany closes coal plants too quickly.

“The climate protection targets we have set ourselves have been missed,” said Claudia Kemfert, who follows energy policy at the DIW research institute in Berlin. “The proportion of Germany’s most environmentally harmful energy source — lignite — is too high. Merkel should use the end of her last term to put the energy and transport transition on a successful path.”

Coal accounts for just over 20 percent of Germany’s power-generation capacity. That level must be cut in half by the end of the next decade to meet the nation’s Paris Agreement pledge, according to Energy Minister Peter Altmaier. Germany expects to miss its target set in 2007 to slash emissions by 40 percent by 2020, a failure that would incur a fine from the European Union.

The missed targets are a personal embarrassment for Merkel, who served as environment minister early in her political career and has put the issue at the center of her agenda. Germany has spent an unprecedented 500 billion euros ($577 billion) on its “Energiewende” since 2000 to shift the economy toward cleaner sources of energy.

The group has a working scenario for a final coal exit in 2035 to 2038, winding down the industry in three stages from this year or next, according to the officials. Much of those reductions would come in the next few years, front loading the pain, because Germany probably won’t meet the 2020 commitments.

The initial phase to 2022 may require the shuttering of as much as 16 to 17 gigawatts, or almost 40 percent of the total, focusing on hard coal generation in North-Rhine Westphalia. Germany’s industrial heartland is deemed better able to weather a roll back economically than the eastern lignite regions Brandenburg, Saxony and Saxony-Anhalt.

That would allow more polluting plants to keep operating for the time being in three eastern states, where jobs are more scarce. The panel will likely squabble until the last minute to decide which plants and when they must close and how to compensate the companies that own those assets.But coal is slowly losing ground. Last year, renewable energy overtook the fuel for the first time as the nation’s biggest source of electricity in terms of output, as the chart below shows.

“Germany has made huge changes to how it generates electricity,” said Eric Schweitzer, president of the German Chambers of Commerce. “The downside is the very high costs that are testing German industry’s breaking point. Electricity prices have doubled. This is in large part due to subsidies for renewable energy.”

Lobby groups for big energy consumers from automaker Volkswagen AG to steelmaker Thyssenkrupp AG complain that depending on renewables has pushed German power prices past the EU average. Environmentalists, spurred by RWE’s decision to flatten a 12,000-year-old forest to mine coal, argue that Merkel needs to take a tougher line with the industry.

“Energy-intensive companies can only remain competitive and take important investment decisions when electricity is affordable and there’s security of supply,” said Franziska Erdle, head of Germany’s metal producers association WVMetalle. “Instead of costs continually rising, they need to fall.”

Electricity prices in Germany have been trading at their highest in six years since the middle of 2018, driven up both by rising costs of carbon-emissions allowances and by strong demand for coal and natural gas. Germany shares with Denmark the highest retail electricity prices in the EU-28, according to the EU Commission.

“If electricity prices continue to increase, that could lead to a structural collapse in energy-intensive industries,” said Utz Tillman, head of the nation’s chemical industry association VCI. “That would destroy Germany’s closely interlinked production chains. We need to start focusing on reducing costs.”

Merkel’s coal panel probably won’t agree on the fine print of an exit plan before the February deadline, but certain “corridor” assumptions are firming up if not shared by all, according to officials close to the group, who asked not to be identified as the talks are private.

A draft of the commission’s work in November showed the panel is also considering:

Enforcing closures of lignite and hard coal plants from 2019 to 2022 to get Germany closer to its CO2 targets. Compensation funded by taxpayers for plant operators, reducing the risk that costs seep through into energy bills. Adding natural gas power plants to a power security reserve designed to ensure the stability of the grid, expanding 2.7 gigawatts of capacity already in the reserve. Compensation for scrapping new plants not yet in operation, which might include Uniper SE’s Datteln facility that is near completion. Cuts in the number of emissions trading certificates auctioned by Germany government because some plants that currently buy them will be closing. Cutting grid fees to help companies hurt by higher power prices. Compensating regions hurt by plant closures with taxpayer-funded restructuring measures.

0
0   0
previous Who do citizens consider as accountable in the fight against Climate Change?
next Hanwha Q CELLS achieves No.1 market share in German solar module market in 2018