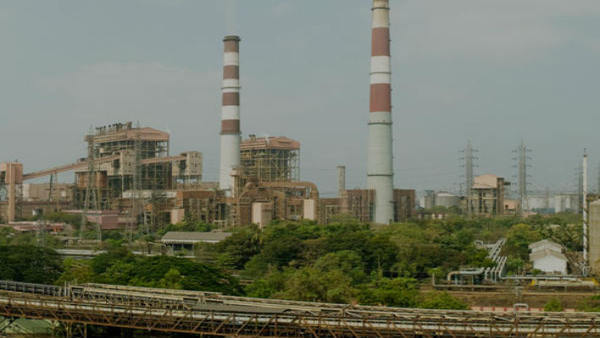 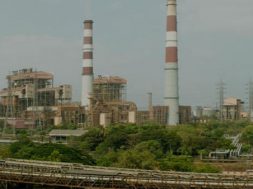 Mumbai: TATA Power, one of India’s biggest integrated power companies, is likely to announce an end to building new coal plants today (June 18) in the wake of rapid fall in the cost of power generated by solar and wind, and the rising cost of coal. These two factors have convinced the TATA Power that non-fossil fuel sources would be the key to their future growth. TATA Power’s AGM meeting held in Mumbai in which top management discussed the matter.

In 2018, TATA Power started putting out indicators that it plans to move away from coal and towards renewable energy. At their 99th AGM, they put out a target to reach 40-50 percent of its capacity from non-fossil sources by 2025.

At the 100th AGM, they are expected to announce ‘Strategic Intent 2025’ with targets of up to 70 percent of new capacity additions to come from solar, wind and hydro through to 2025. In addition, this would mean that TATA power will not build any new coal power capacity. At present, 70 percentof TATA power capacity is coal based.

“Tata Power’s announcement supports India’s aspiration to lead the transition towards a decarbonised world. It makes perfect economic sense and will substantially augment the country’s ambitious renewables target. This new announcement also makes clear how increasing corporate demand for clean power – led by our RE100 members committing to source 100% renewable electricity – is shifting markets towards the clean energy systems of the future,” said Jarnail Singh, India Director of The Climate Group.

Learning from it’s Mundra coal power plant experience where fluctuating cost of imported coal coupled with increasing cost of coal transportation, along with rapid deflation in the cost of solar and wind has made close to 65 percent of existing coal assets economically unviable.

According to the Global coal plant tracker, India has shelved close to 573GW of coal power plants between 2010-June 2018. Coal power is increasingly becoming uncompetitive across India. With over 40GW of stranded coal power assets facing liquidation, It is obvious for India to look at more cheaper and economical options that are less dependent on limited natural resources as well as provide electricity access to all. India already has a target of installing 175 GW of wind and solar energy by 2022. If achieved, that would be close to 50 percent of India’s total electricity generation installed capacity.

Tim Buckley, Director of Energy Finance Studies, Australasia, Institute for Energy Economics and Financial Analysis (IEEFA) said Tata Power is leading the pivot into a more sustainable, deflationary electricity structure. Buckley further said Tata Power was an early innovator in the renewable energy sector, and with plans to invest over US dollar one billion annually, this is a key support of Modi’s electrification strategy. “Prime Minister Narendra Modi has long articulated a very clear strategic agenda for India to aggressively build out investments in low cost, clean domestic renewable energy as a key way to promote India’s energy security by reducing reliance on fossil fuel imports,” he said.

“This is a big step in the right direction. Tata Power, India’s largest integrated power company, knows that clean energy makes business sense. Around the world, renewable energy is cost competitive and often cheaper than fossil fuels. The risk of stranded assets, such as Tata Power’s experience with the Mundra Plant, shows us that investments in coal carry a big financial risk,” she said. “No doubt Tata Power is a big player and a trend-setter. We need more companies committed to shifting quickly toward clean energy in support of the Government of India’s strong clean energy and climate targets,” she added.

In 2018 India permitted less than 3GW of coal fired power plant for construction, compared to an annual average of 31GW from 2008 to 2012 and 13GW from 2013 to 2017. For the second year in a row, India added more solar and wind power capacity in 2018 than thermal power capacity. India’s Power and Renewable Energy Minister R K Singh had earlier announced that India would achieve 227GW by 2022, but a more realistic figure could be 275GW installed capacity by 2027.

0
0   0
previous Geopolitics will be fueled by electrified systems
next Wind capacity addition likely to improve to 3.5-4.0 GW in FY20: Icra