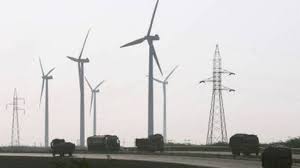 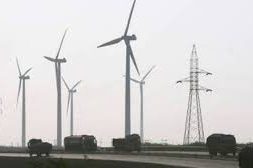 Since February 2017, the overall wind power capacity awarded by the central nodal agencies and the state distribution utilities has been sizeable at more than 12 GW, providing a visibility for substantial capacity addition. However, it said the actual execution on the ground has been slow.

Wind energy generation capacity addition is likely to improve to 3.5-4.0 GW this fiscal, while land acquisition and transmission connectivity challenges will remain crucial, rating agency Icra said Tuesday. The rating agency expects wind power capacity addition to increase to about 3.5 to 4 GW in FY2020, supported by the large project awards by the nodal agencies and measures being taken to address some of the key challenges, Icra said in a statement.

Since February 2017, the overall wind power capacity awarded by the central nodal agencies and the state distribution utilities has been sizeable at more than 12 GW, providing a visibility for substantial capacity addition. However, it said the actual execution on the ground has been slow with only 1.6 GW added in FY2019, owing to delays in execution caused by land acquisition issues and securing transmission connectivity.

“The government has initiated certain measures towards resolving the issues faced by the developers, such as offering incentives in the form of facilitation charge to state governments providing support for land acquisition and investments towards augmenting inter-state transmission infrastructure. “However, further slippages in some of the projects due to execution and financing challenges cannot be ruled out. Timely achievement of financial closure by the developers also remains critical,” Icra VP & Sector Head – Corporate ratings – Girishkumar Kadam said.

The tariff discovered in the recent wind power auctions continue to remain at less than Rs 3 per unit. The average bid tariff declined from Rs 3.01 per unit in CY2017 (calender year) to Rs 2.64 per unit in CY 2018. However, there is a slight increase in the average bid tariff to Rs 2.85 per unit in 5M (five month of) CY2019. This can be attributed to the higher implementation risks witnessed in the projects awarded so far, lower competition with bids being under-subscribed and financing challenges. Nonetheless, the tariffs discovered continue to remain competitive against the conventional energy sources.

However, the viability of such tariffs depends upon the developer’s ability to identify locations with high generation potential, availability of long-tenure debt at cost competitive rates and capital cost. The wind power developers are facing challenges in terms of a mixed trend with respect to collection pattern from state distribution utilities, with deteriorating receivable position in a few states, it said. There has been a significant deterioration in the payment cycle from discoms in Andhra Pradesh, with receivable position increasing to 8-10 months as on March 2019 from 4 to 5 months as on March 2018, it added.

Moreover, it said, the delays persist for IPPs (independent power producers) in Tamil Nadu at more than 9 months, thus adversely affecting their liquidity profile. On the other hand, the receivable position has improved significantly for the wind IPPs in Maharashtra, with overdues of 3 to 4 months as on March 2019 against more than 12 months as on March 2018, with the discom clearing a sizeable portion of past dues.

Vikram V, Associate Head – Corporate ratings, Icra, said, “In our view, serious efforts are required by the distribution utilities towards improving their operating efficiencies along with adequate tariff revision by the state regulators for a sustained improvement in the financial performance of these utilities and in turn their ability to make timely payments to power generators”.