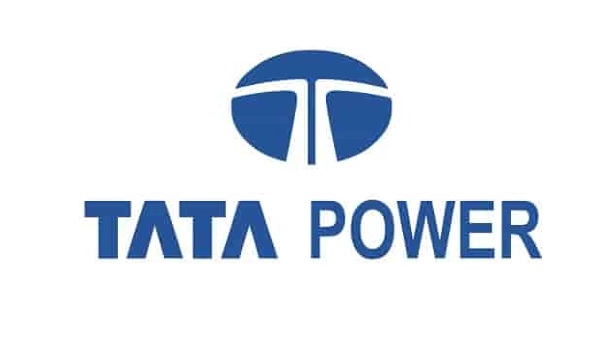 Tata Power, at their first-ever ‘Act for Biodiversity Conclave’, today, reinforced its commitment towards ecosystem conservation across its renewable sites spread across 9 states.

With a focus on grassland ecosystem management across its sites, Tata Power will follow a three-pronged conservation approach with emphasis on clean energy generation while maintaining the ecological balance and contributing to a sustainable livelihood.

The initiatives were announced based on the first-of-its-kind study commissioned by Tata Power in collaboration with the Bharati Vidyapeeth Institute of Environment Education and Research (BVIEER), Pune. The study piloted at Neemuch, Madhya Pradesh, closely evaluated the bio reserve at renewable capacities, recommended structured management and conservation initiatives.

Speaking at the conclave, Dr. Praveer Sinha, CEO & MD, Tata Power said “Tata Power is proud to host the first ever ‘Act for Biodiversity Conclave’, to create awareness on biodiversity conservation, and promote responsible actions to achieve a sustainable future. Environment stewardship has always been at the heart of our operations, and at Tata Power, we look forward to collaborating with change-makers and like-minded corporates who are committed to make a positive impact on the environment of our planet earth. I am confident that this unique grassland conservation study, will be a major milestone in ensuring sustainable ecosystems around the rapidly growing renewable energy sites, in the wake of India’s ambitious 500 GW renewable energy goal by 2030.”

Tata Power as one of India’s largest integrated power companies embarked on the biodiversity conservation journey with its hydro generation units as far back as 100 years ago in the areas of Bhira, Bhivpuri, and Khopoli in the region of the Northern Western Ghats — one of the major biodiversity hotspots in the world. In addition to a diverse range of sustainability initiatives, the company’s flagship biodiversity conservation program, Act for Mahseer completed 50 years in 2021, leading to previously endangered Blue-Finned Mahseer being taken off the IUCN red list.

The Biodiversity Conclave witnessed significant conversation on diverse topics like “Business and Biodiversity”, “Ecosystem restoration”, “The use of technology for conservation” to name a few.

Tata Power has committed to the Science Based Targets Initiative and is on track to achieve carbon net zero before 2045 along with a clear roadmap to achieve Water Neutrality and Zero waste to landfill by 2030. Tata Power is the only Indian utility to co-create the first SDG roadmap for power utilities along with WBCSD and 10 other global power companies.

Sharing his views during the conclave, Mr. Jamshyd N. Godrej, MD & Chairperson, Godrej & Boyce said, “Climate change, rapid extinction of several species and ecological imbalances are facts. However, they are still not given priority. While conversation on biodiversity conservation is picking up across focused groups, it’s important that each one of us support it. Corporate India has a huge role to play. While industries have always been part of the problem, today, we can also be part of the solution. At Godrej & Boyce, we strongly believe that it’s important to engage in insightful dialogues and collaboration on climate action with all stakeholders on biodiversity conservation. My hope is that organisations come together to work in every part of India and in every biosphere. Much of what we do on biodiversity conservation will result in clean food sources, clean water sources which are important for growth of our economy. I believe we have a great opportunity to make India biodiversity capital of the world.”

Tata Power has also initiated biodiversity conservation initiatives in Odisha where its Discoms are catering to a consumer base of over 90 lakhs. The company works with Govt of Odisha to protect and conserve the elephant movement corridors across forest areas of Angul, Dhenkanal, Cuttack, Khorda, Nayagarh, Mayur Bhanj, Keonjhar, Ganjam, and Sambalpur. Along with the Govt, the company is making the corridors safe for the pachyderms by covering bare conductors, raising the heights of the electric installation, and placing interposing poles in both HT and LT networks to increase the clearance from the ground for safe passage of elephants. In addition to the initiatives, special emphasis is placed on enhancing community awareness and education through various mediums including safety jingles through the public address system, Chaupadi meeting with villagers in concerned areas, and display of public safety awareness at various locations.

Thanking Tata Power for organising the much needed Act for Biodiversity Conclave, Mr. Nikunja Bihari Dhal, Principal Secretary, Dept of Energy, Govt. of Odisha said, “Govt. of Odisha has so far provided more than Rs. 500 crores of grants to the Odisha Discoms to strengthen the electrical infrastructure in the elephant (movement) corridor. So far about 60,000 interposing poles have been erected and more than 1,700 kms circuit of open bare conductors have been replaced by covered ones in these corridors. Presently, work is going on to place another 75,000 interposing poles and to replace more than 3,500 kms circuit of bare conductors with covered conductors. The work is in progress and all the Discoms are working very hard to complete the work on time. This is a unique initiative and we are committed to working with them to ensure that no elephant dies of electrocution.”

The other key highlight of the event was a session on ‘Power of Music’ by multi-Grammy award winner and environmentalist Dr. Ricky Kej. Commenting on the initiative Dr. Ricky Kej said, The “Act For Biodiversity” event was an inspiring dialogue organized by Tata Power who are making huge strides in conserving our precious biodiversity. The outcome was clear – businesses need to strive towards environmental sustainability and ensure a better future for all life. In the triple planetary emergency we now face, a ground up movement needs to work together with a top down movement. The top down movement is essential through government legislation, but more importantly, Indian industry needs to self-regulate and lead the world by example.”

The Business and Biodiversity panel saw discussions around the fact that Biodiversity Conservation and sustainability actions are not a cost centre, in fact significant positive benefits have been observed from the actions undertaken for biodiversity. Business disclosure on ESG now has taken centre stage particularly as far as investors are concerned and the trend is continuing, companies that are managing their relations with nature are actually preferred for investments.

The session on Ecosystem Restoration – Grasslands are not wastelands revealed the importance of grasslands in our ecosystem – for the diverse flora and fauna, and the nomadic communities that depend on its resources. Tata Power’s conservation efforts in the Lamkani village and the ongoing research on the palatability, traits and importance of grasslands for the future is a step towards a greener pasture for tomorrow.

Aligned to its sustainable development mission Tata Power has recently launched a corporate movement called “Sustainable is Attainable” that aims to propagate and popularize the use of green and clean energy in the country and to make a sustainable lifestyle ‘attainable’ for millions of Indians by putting the power to change in their hands through wide-scale adoption of green products and solutions. It hopes to build on energy conservation and the need and adoption of clean energy which can help the country towards energy security and energy independence.

Tata Power (NSE: TATAPOWER; BSE:500400) is one of India’s largest integrated power companies and together with its subsidiaries and jointly controlled entities, has an installed/managed capacity of 13,735 MW. The Company has a presence across the entire power value chain – generation of renewable as well as conventional power including hydro and thermal energy, transmission & distribution, coal & freight, logistics, and trading.

The Company had developed the country’s first Ultra Mega Power Project at Mundra (Gujarat) based on super-critical technology. With 4.9 GW of clean energy generation from solar, wind, hydro, and waste heat recovery accounting for 35% of the overall portfolio, the company is a leader in clean energy generation.

It has successful public-private partnerships in generation, transmission & distribution in India viz: Powerlink’s Transmission Ltd. with Power Grid Corporation of India Ltd. for evacuation of Power from Tala hydro plant in Bhutan to Delhi, Maithon Power Ltd. with Damodar Valley Corporation for a 1,050 MW Mega Power Project at Jharkhand.

With its 107 years track record of technology advancements, project execution excellence, world-class safety processes, customer care and green initiatives, Tata Power is well poised for multi-fold growth and is committed to lighting up lives for generations to come.