Home India Tata Power’s Welspun Deal, Once a Key Point of Friction Between Ratan and Mistry, Starts Paying Off

Tata Power’s Welspun Deal, Once a Key Point of Friction Between Ratan and Mistry, Starts Paying Off

Tata Power’s Welspun Deal, Once a Key Point of Friction Between Ratan and Mistry, Starts Paying Off 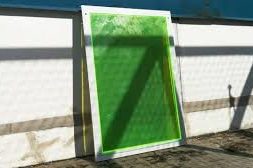 While Tata Trust officials had raised concerns over the acquisition, Welspun Renewables’s robust earnings are now starting to partially offset the losses being racked up by the imported coal-based Mundra power plant.

New Delhi: Tata Power’s acquisition of Welspun Renewables may have caused boardroom turmoil in Tata Sons last year, even perhaps leading to the eventual ouster of Cyrus Mistry as group chairman, but as an asset, it has proved to be a real money-spinner for the acquirer.

Encouraged by that, Tata Power has now started tom-tomming the strong financials of Welspun Renewables.

“Company’s renewable portfolio in India has registered a healthy profit of Rs Rs 173 crore in the second quarter of 2017-18, a 101% increase from the same quarter of 2016-17 led by profits from the renewable acquisition,” Tata Power recently said while announcing its results for July-September 2017 quarter.

Tata Power announced the Welspun deal on June 13, 2016. Soon thereafter, media was abuzz with speculation that all members of the Tata Sons board were not on the same page over the acquisition.

The speculated differences over the deal soon turned into a public spat as allegations and counter-allegations followed. Some directors publicly complained that Tata Sons board was not consulted over the deal, a charge that invited a strong rebuttal from Mistry.

Amid escalating boardroom battle in Tata Sons over Welspun Renewables deal, Welspun Group found itself in the intensifying media glare. Things came to such a pass that Welspun Group chairman Balkrishan Goenka had to clarify in January that the group had nothing to do with the battle raging in Tata Sons.

“There is no controversy from our side. As far as we are concerned, we are clear that the deal was done on merits and after proper due diligence. It did not happen in one month but took six-eight months,” Goenka told media while breaking his silence over the Welspun Renewables deal.

“We don’t have any relations with [Mistry’s] Shapoorji Pallonji Group in the past or present. I have met Cyrus Mistry only twice in my life. The deal discussion took place between my team and Tata Power managing director Anil Sardana,“ Goenka added.

Despite the boardroom split, Tata Power went ahead and closed the deal for the acquisition of Welspun Renewables, which made it India’s largest renewable power generator.

Not only Tata trustees, even credit rating agencies like Moody’s saw Welspun Renewables as an expensive acquisition for Tata Power.

Moody’s said the transaction could negatively impact Tata Power’s credit metrics, which were already tight at the current rating level. In addition, integration challenges will likely be key considerations arising from the potential transaction, it added.

But Tata Power justified the acquisition on the grounds of power purchase agreements (PPAs), which Welspun had signed with various state discoms. A PPA guarantees electricity off-take at a pre-determined price for a long period of time and ensures steady revenues, profitability and cash generation.

While Welspun Renewables has proved a cash cow for Tata Power, the company’s Mundra UMPP, caught in a contractual bind due to its inability to pass on the increase in Indonesian coal costs to power buyers, reported a loss of Rs 279 crore in the quarter ending June.

The central electricity regulatory commission (CERC) had in 2012 approved compensatory tariff for the project. However, the Supreme Court has recently squashed the order, dashing Tata Power’s hope for regulatory relief to the plant.

Accumulated losses of Mundra UMPP have reached Rs 6,547 crore and its paid-up equity is Rs 6,083 crore. In a project outlay of Rs 17,900 crore, the UMPP has a total outstanding long-term loan of Rs 10,159 crore and an additional Rs 4,460 crore loan taken by Tata Power to meet cash requirements of the plant.

After the apex court order, the developer is banking on Gujarat power distribution company to buy out the loss-making venture from it. The private developer has approached Gujarat Urja Vikas Nigam to buy 51% equity in the Mundra UMPP for Re 1 after the apex court judgement shattered its hope of regulatory relief to the project.

Sources said the Gujarat government might take a decision after the conclusion of ongoing elections to the state assembly.The Union power ministry has set up a committee to look into the fallout of the Supreme Court ruling on compensatory tariffs. It comprises chief secretaries from states which have signed PPA with the project.

Discoms from Rajasthan, Punjab, Haryana besides the home state of Gujarat are buying electricity from the plant. A meeting of the committee was held in June.

The government has clarified that it will act as a facilitator and lenders and power procuring states will take the final decision. The SBI is heading a committee of banks tasked with evaluating the assets.