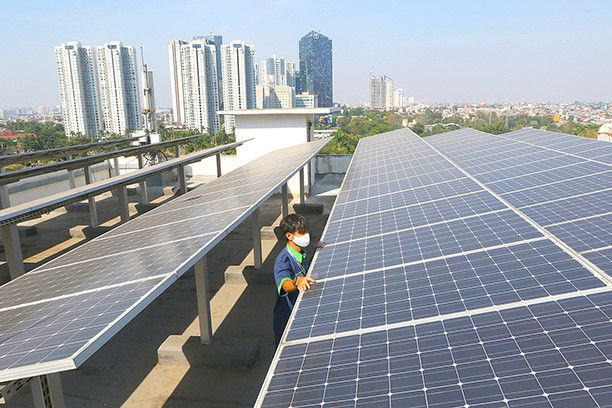 SCCl Chairman and Managing Director N. Sridhar on Friday instructed the concerned department officials that the targets for completion of solar power plants of 3 phases at nine locations must be completed by October and 300 megawatts solar power must be synchronized
with the grid, Singareni said in a release here.

Sridhar, who met with Director (E&M) D. Satyanarayana Rao, officials of solar and thermal power and representative from agencies BHEL, Adani and Novis Group for erection of solar plants, said that 129 megawatts solar plants in Singareni first phase was completed.

In a similar manner that the balance of 20 megawatts plant in Ramagundam-3 must be completed by this month end, he also instructed. 2 plants of 15 megawatts capacity at Mandamarri in the second phase were synchronized with the grid on Thursday, he said and instructed that the 28 megawatts first plant in the same area must start in a week.

Similarly, he instructed that the 10 megawatts plant at Bhupalapalli must start by this month end and the 37-megawatt plant under erection at Kothagudem must be synchronized by May 15th.

Sridhar also held a detailed discussions on the 350-megawatt floating solar plant on Maneru dam that Singareni is proposing to erect. Officials explained that proposals for the erection have been submitted to the Government and a agency has been appointed to study the opportunities for erection of the plant and to prepare a proposal for the future.

SCCL CMD said that after the study of the possibility’s government would be approached for permissions to form DPR. He instructed Director E & M to take special interest in the proposals of the power plant over Maneru dam.