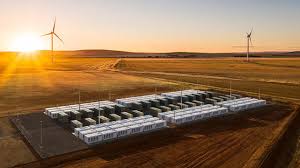 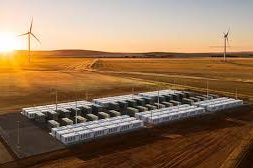 Around the world, and particularly in Australia, energy traders are trying to get their minds, and their algorithms, around the complexities of trading in variable wind and solar projects and super-fast battery storage installations. Maybe they should give up now, and hand it over to artificial intelligence.

With the deployment of large-scale energy storage systems occurring at an ever-increasing rate, this is critical – not just for the ability to make money out of the markets, but also for the ongoing operation of the National Electricity Market itself.

Traditional generators only need to maximise their generation during periods of sufficiently high energy prices.

However, the introduction of fast-responding and versatile battery storage systems have the added complexity of optimising the opportunities to purchase electricity from the grid when prices are low, to then sell back to the market when prices are high.

In a presentation in Sydney last week, AMS said sees automated, algorithmic dispatch of battery storage systems as critical to maximising the value of the battery system.

“The Hornsdale battery was the shock heard around the world in terms of storage”. vice president of Strategy and Commercialisation at AMS, Matt Penfold told the Australian Energy Storage conference.

“It’s safe to say this project has been extremely lucrative for Tesla and Neoen.”

The Hornsdale battery has operated via an auto-bidder developed by Tesla, which has allowed the project to capture the best revenue streams for the project, to a degree that could not be achieved by human bidders alone.

“You’re thinking about ‘what is the most lucrative time I can use the energy that’s in my battery?’. given that these problems can’t be solved by human traders, we’re going to see an influx of algorithms to solve this problem for batteries.” Penfold said.

“Relative to a human trader, algorithmic bidding software can increase the revenues of a battery by about five-times.”

“The curious thing is that once you have those algorithms for the batteries, you can also do pumped-hydro and renewables and gas, and essentially augment the historical way trading has been done with these really powerful tools.”

A review of the initial operation of the Hornsdale Power Reserve, utilising a large Tesla battery storage system found that the battery has delivered substantial benefits to the NEM, providing significantly cheaper and higher-quality FCAS services compared to traditional gas powered providers, while also generating significant revenues for project owners.

In its first year of operation, the Hornsdale Power Reserve generated an estimated $24 million in revenues, while also providing between $40 and $50 million in reduced FCAS costs, savings that are ultimately to the benefit of consumers.

A number of AMS staff joined the firm after working on the deployment of the Hornsdale Tesla battery, working to refine algorithmic trading software for use in technology-neutral applications.

“Traders have existed in electricity markets for 20-odd years and it has all worked quite well.”

AMS commenced operation of its initial VPP in California with 11MW and 60MWh of storage, ultimately delivering 2GWh of grid supply during 2018 using the firm’s algorithmic trading system. AMS intends to grow the system to provide an aggregated 62MW and 352MWh of storage, establishing the world’s largest virtual power plant.

AMS is working with several Australian based customers, and has worked to integrate its bidding system with the National Electricity Market. It hopes to deploy its first algorithmic bids “in coming weeks”.