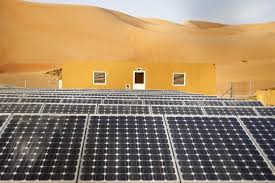 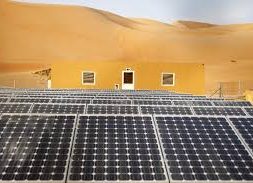 Deserted areas of the world are ideal places for solar farms. This factor, as well as the desire to diversify the economy and reduce dependence on oil and gas, have led to the construction of the world’s largest integrated solar farm in the United Arab Emirates (UAE), and another one with double capacity will soon be built.

Last week, Abu Dhabi’s National Energy Company (TAQA) announced that it received funding from seven international banks for an independent energy producer (IPP) project in Al-Dhafra. Construction of the new facility will begin shortly, and its commissioning is scheduled for 2022.

Now the world’s largest integrated solar power plant “Noor Abu Dhabi” with a capacity of 1.17 GW based on 3.2 million solar panels is operating in the UAE. Let’s clarify that we are talking about a solar farm in the form of a single complex on a common site. Otherwise, we would not be talking about a world record. There are two larger solar farms in the world with solar panels spaced out in groups over a large area – a 2.245 GW Bhadla farm in the Indian state of Rajasthan and a 2.2 GW farm in western China.

A new solar farm in Al Dhafra, managed by IPP Al-Dhafra Solar PV, will also be built as a single complex on a common site, making it the most powerful solo project in the world with a capacity of around 2 GW. It will take about 4 million solar panels to create the field.

TAQA will own 40% of the solar farm in the new generating facility. The remainder will be shared by three other project participants, 20% each: Masdar Clean Energy, French EDF Renewables and Chinese panel maker JinkoPower. The new farm will provide electricity to about 160,000 homes and will supply electricity to Emirates Water and Electricity Co, which will manage the surplus itself.