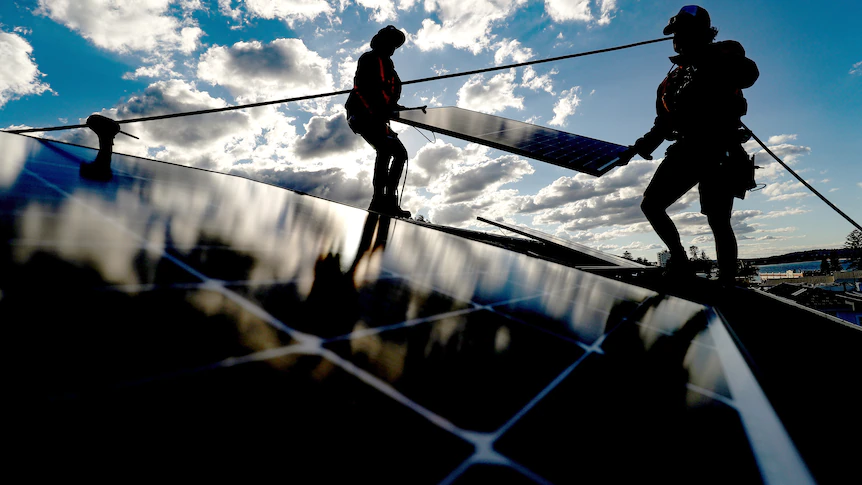 The world is hungry for solar panels. Why did we stop making them? – EQ Mag Pro

The world is hungry for solar panels. Why did we stop making them? – EQ Mag Pro

Australia allowed its head start in solar manufacturing to dwindle away.

Every day of the year, Australia installs about 1,000 rooftop solar systems; those black rectangles appearing on rooftops everywhere represent billions of dollars spent on silicon, glass and a little bit of metal.

Given we have the highest uptake of solar in the world, you might expect that some of these panels would be made here.

But with a few exceptions, that’s never the case.

Twenty years ago it was different: Australia appeared set to be a global player in the small but promising industry of manufacturing panels that could extract energy from the sun.

And then everything changed. 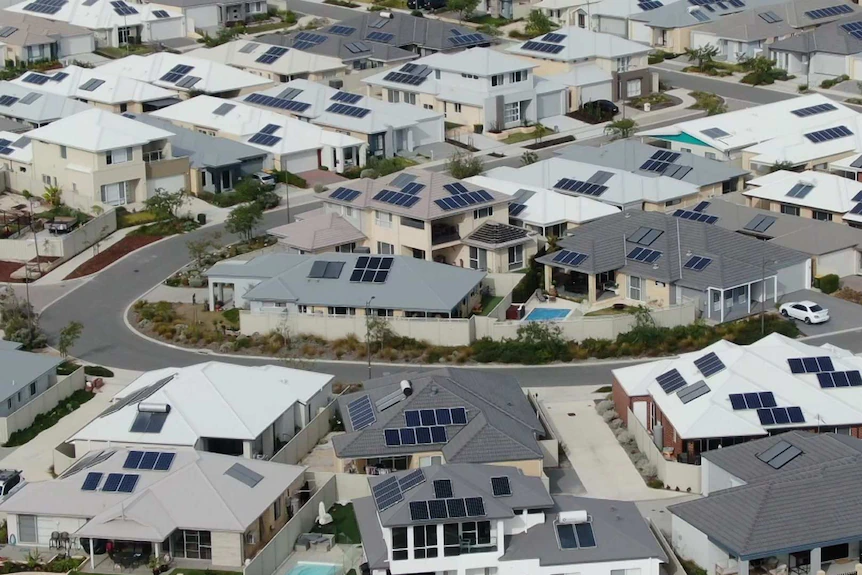 Now, with Australia relying more and more on solar to meet its energy needs, there are calls for that to change.

So, how did Australia lose its head start, and can it claw its way back?

The decline and fall of the panel factory

If you go searching for the remains of Australia’s solar manufacturing industry, you’ll eventually find yourself at an investor-focused real estate agency in the Sydney suburb of Homebush.

On this site once stood the largest solar factory in the southern hemisphere.

Over 20 years ago, the Harbour City was preparing to host the Olympic Games and the BP Solar factory was in full swing, making solar cells that were assembled into panels and then installed at the athletes’ village, promoted as one of the largest solar suburbs in the world.

Here was a trumpeted example of Australian ingenuity; the technology had been developed in consultation with the University of New South Wales (UNSW) and its photovoltaics research team, which was famous for breaking record after record for solar cell efficiency.

“The factory was big on the global scale at the time,” says Nigel Morris, a solar industry veteran who worked for BP Solar in those years.

“We were serving the domestic Australian market and exporting to South-East Asia as well.”

But less than a decade after the 2000 Olympic Games, the factory closed.

Many of the leading lights of the UNSW research team moved to China, where they set up the country’s first solar PV factories.

From a standing start at the turn of the century, China now accounts for about 70 per cent of global solar panel production.

Australia accounts for about a third of 1 per cent.

The story of how this happened begins with a UNSW PhD student who would go on to become known as “the sun king”: at one time China’s richest man and the first billionaire in solar.

“Zhengrong kickstarted it all,” says Martin Green, a UNSW professor who is a legend in the world of solar cell research.

“The solar boom in China was largely an Australian initiative.”

In 1989, a young engineering graduate named Shi Zhengrong moved to Sydney from Shanghai, as a foreign-exchange scholar.

The UNSW research team was breaking records for solar cell efficiency and had just invented a cell design that, some 30 years later, would become the global commercial standard.

“I went to knock on Martin Green’s door and he came out and I said, ‘Can I find a job here?’,” Dr Shi recalls, on a WeChat call from China.

“That was the way I came into solar.”

Dr Shi completed a PhD under Professor Green in record time and then stayed on in Sydney to do more research.

He took a gamble in 2000, moving back to China to found a solar manufacturing company, Suntech.

At the time, China produced no solar panels.

“I’ve been asked many times, why did I start the business in China, not Australia?” Dr Shi says.

“When I was in Australia, I was just a scholar and a student. I really didn’t have much confidence in running a business over there.

“Also the cost of labour in Australia is fairly high.” 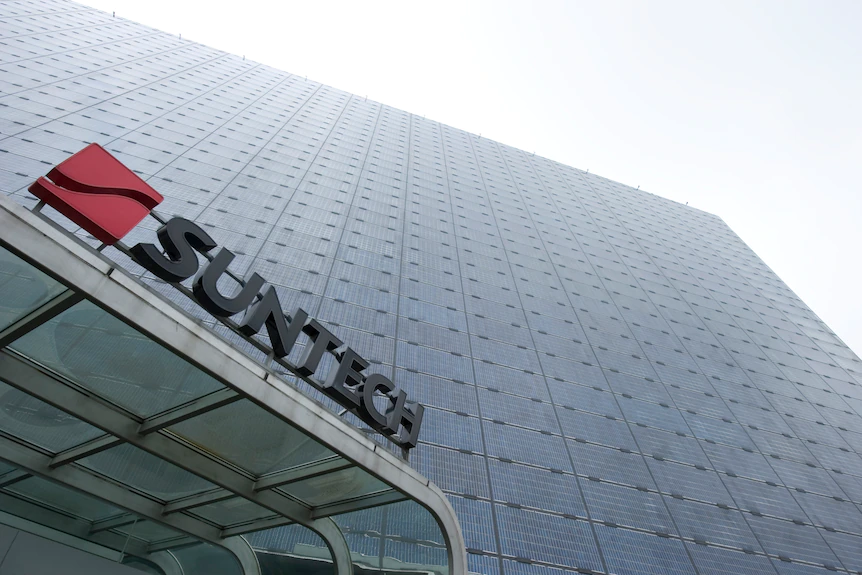 Solar panels, it turned out, could be made much more cheaply in China.

In the years that followed, other UNSW solar graduates followed Dr Shi, starting their own factories in China.

In 2005, Suntech listed on the New York Stock Exchange and raised $US420 million, making Dr Shi a billionaire.

“When I started Suntech, I didn’t expect it to develop so fast,” Dr Shi says.

The listing heralded the start of a Chinese solar boom.

In the six years to 2011, American investment flowed and Chinese solar production grew by a factor of 200; the country’s share of global production increased from 14 to 60 per cent.

“There were all these little tinpot companies founded on hope and a shoestring,” Professor Green says.

“Through US listings, they got hundreds of millions of dollars and grew to major players overnight.

“Australia was right in the thick of it. The Australians were the ones who knew how to set up production lines, so they provided technical expertise.”

To this day, Australian graduates working in the Chinese solar industry talk shop on a WeChat group with 300 members, Professor Green says.

Many of these graduates are top executives.

“Seven of the top 10 Chinese solar manufacturers have Australian graduates at the level of chief technology officers or higher.”

To this day, Australian graduates working in the Chinese solar industry talk shop on a WeChat group with 300 members, Professor Green says.

Many of these graduates are top executives.

“Seven of the top 10 Chinese solar manufacturers have Australian graduates at the level of chief technology officers or higher.”

China’s solar panel industrial boom has driven the price of solar panels through the floor, reduced household energy bills, and pointed the way to deep emissions cuts through mass electrification.

“The stiff competition between cashed-up Chinese companies sort of accelerated everything by decades,” Professor Green says. 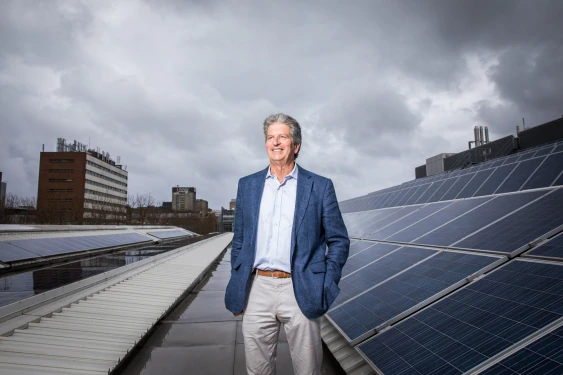 But as Chinese production was booming, Australia’s was faltering.

“From 2005-2008, everything went wild,” says Renate Egan, a UNSW solar expert who worked in Australian solar manufacturing in the noughties.

“We were running lines of 100 megawatts and the Chinese were installing 1 gigawatt lines.”

BP Solar sold the Homebush factory in 2009, unable to compete with the Chinese factories’ economies of scale.

“BP Solar struggled to get money,” he says.

“They struggled to get interest from government at various points in time.”

“We did miss an opportunity,” she says.

“We were building detention centres when we could have been investing in module manufacturing.”

What if China stops selling solar panels to Australia?

Standard solar panels, or modules, consist mostly of an aluminium frame, a glass sheet, about 60 silicon solar cells, and a junction box.

BP Solar made the solar cells and assembled them into modules.

The only commercial-scale solar module manufacturer in Australia today is a small company in Adelaide named Tindo Solar, which imports all of the components and assembles them into modules. 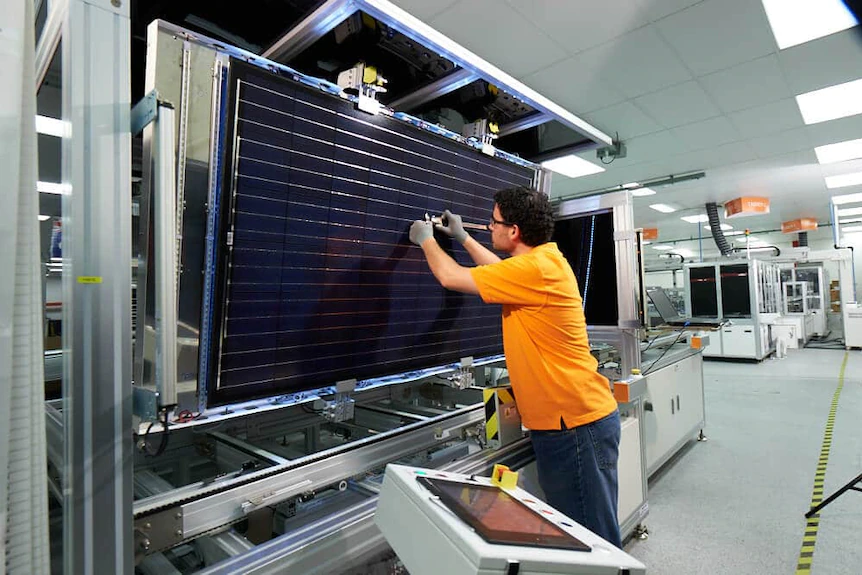 Its new 150MW facility will produce about 350 panels a day.

(By comparison, the world’s largest solar module production plant in Hefei, China is 60GW, or roughly 400 times larger than the Adelaide facility).

Though it’s hard to compete on price alone, there is demand for an Australian-made product, Tindo chief executive officer Shayne Jaenisch says.

In the first months of the COVID-19 pandemic, when supply from China was disrupted, companies concerned about supply chain security looked for panels made closer to home.

“We went from 64 companies contacting me to buy panels to over 1,000 in just over a year,” Mr Jaenisch says.

“The whole landscape for us has changed.” 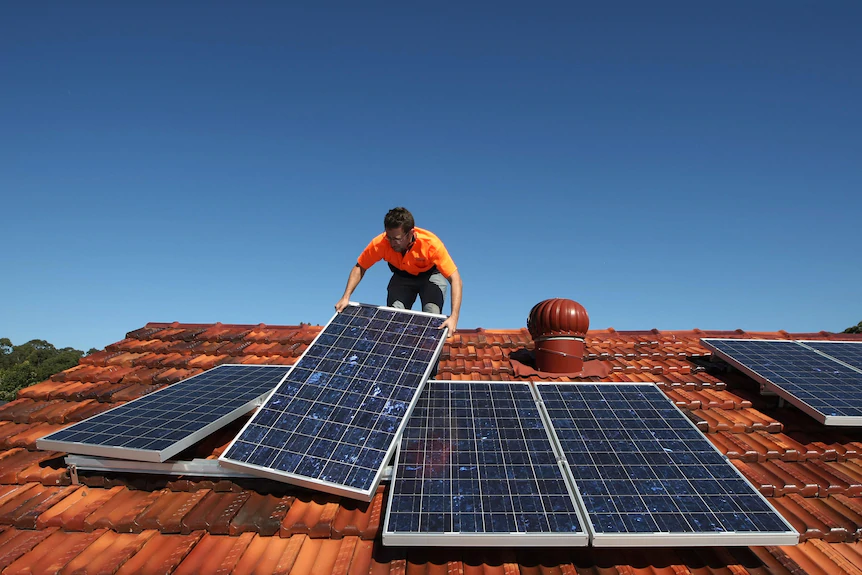 He says Australia can’t make the cheapest panels, but it can offer better quality customer service, and mitigate “sovereign risk”; the possibility that China will one day stop selling solar panels to Australia.

Solar will account for most of Australia’s energy production by the end of decade, Dr Egan estimates.

“If we’re going to be that reliant on solar, should we be making the panels here? If half the world’s energy come from solar, the solar panels can’t all come from one nation,” she says.

“Sovereign risk” is partly why the US, Europe and India are looking to increase local production; India has introduced a 40 per cent duty on imported solar modules to boost local manufacturing.

“It might be worth paying a bit more for the ancillary benefits, including supply chain resilience and security,” Dr Egan says.

Australia will need hundreds of millions of solar panels 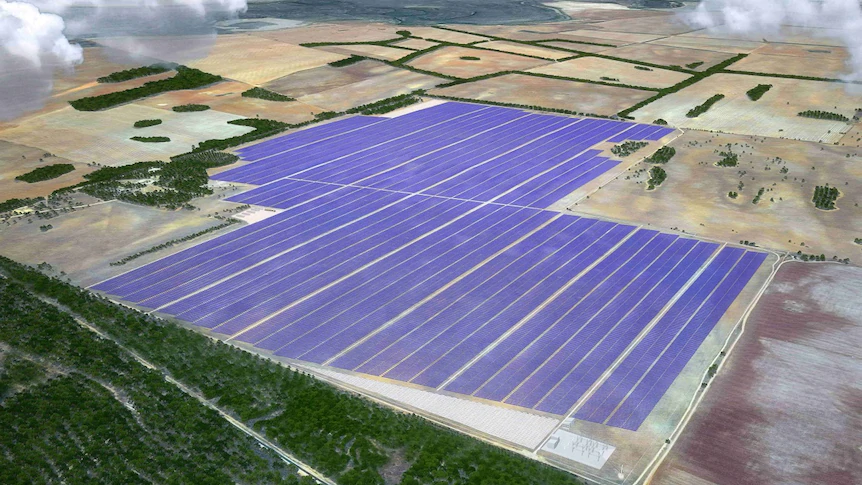 Then there’s the potential economic benefit: jobs and growth.

“The solar industry is big now and it’s going to be a lot bigger,” says Andrew Blakers, a former UNSW colleague of Professor Green who is now director of ANU’s Centre for Sustainable Energy Systems.

“It’s going to be bigger than oil, gas and coal put together.”

For Australia to produce enough energy that it won’t need coal or gas and can also meet the extra demand of mass electrification, it will need about 450GW of solar and wind generation, he says.

Of that, about 300GW would be solar, he estimates.

With about 20GW of installed solar already, it’ll need another 280GW.

“We’re going to be importing a lot of glass and a lot of panels with a little bit of silicon attached,” Professor Blakers says.

Australia will need hundreds of millions of standard-size solar panels to meet its energy needs in the next couple decades.

And that’s just domestic demand; there are also plans for Australia to export renewable energy to Asia from massive solar farms in the Northern Territory and Western Australia’s Pilbara region.

The output of these farms alone is roughly equal to the current combined output of all the solar in Australia.

That’s a lot of solar panels.

Sun Cable, the company that intends to export energy to Asia from solar farms in the NT, plans to build a factory in Darwin to assemble solar modules from imported components.

“We lost our manufacturing to China in the early part of the century, but there’s no reason we can’t get it back,” Professor Blakers says.

“We have seriously skilled people and we have a need for it.”

But Professor Green, whose research and teaching helped incubate the Chinese industrial boom in solar manufacturing, is sceptical.

There’s not much money in making solar panels, he says, and the sovereign risk issue is overblown.

“The solar industry is a mug’s game because the margins are so low,” he says.

“India and Europe will be only be too pleased to sell us modules if the Chinese stopped.”

He thinks there’s more to be won by focusing on the economic opportunities generated by cheap Chinese solar panels.

“Use them to do sensible things like make [zero-emissions] green steel and green aluminium,” he says.

And what about royalties for the use of Australian solar inventions?

About 90 per cent of solar panels being manufactured around the world today contain the PERC technology developed at UNSW. Just last year, $US130 billion worth of PERC systems were installed.

Unfortunately, the solar boom arrived long after the patents for the technology expired, Professor Green says.

But we get none of the billions of dollars China earns from solar panel exports.

Australia may have missed an opportunity, Dr Shi says, but there is still room aboard the money train, even if you’re not making panels.

Installation, for instance, has to be made simpler; he envisions panels being clipped together like blocks of Lego.

“When you send a container ship to a site, you press a button and install one megawatt in a week,” he says.