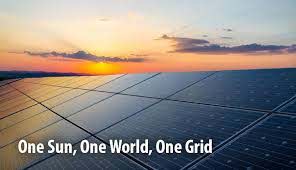 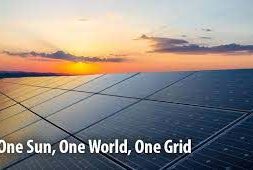 Plans for India’s ‘One Sun One World One Grid’ (Osowog) are moving forward, and some of the biggest names in the consulting sector are aiming to get involved.

A request for proposal (RFP) from India’s Ministry of New and Renewable Energy (MNRE) has drawn responses from the likes of McKinsey & Company, Kearney, Boston Consulting Group (BCG), PwC and Deloitte, in addition to a submission from French state-backed Electricite de France SA (EDF).

The consulting mandate is to get the ball rolling on the project, by developing a technical and financial proposal. “The tender is under procurement and a winning bidder will be announced once the tender process is concluded. Pre-feasibility analysis of the Osowog concept will then commence,” said the World Bank representative to Livemint.

Osowog is a highly ambitious plan to develop a global, interconnected solar power grid to essentially follow the sun and generate energy around the clock. “An interconnected grid would help all the participating entities in attracting investments in renewable energy sources as well as utilizing skills, technology and finances. Resulting economic benefits would positively impact poverty alleviation and support in mitigating water, sanitation, food and other socioeconomic challenges,” said the RFP, which was released at the end of May.

The technical and financial studies conducted by the selected consulting firm will be a combination of a roadmap, an institutional framework, and an implementation strategy of sorts for the mammoth project, which is expected to scale the global energy market.

Following the Indian government’s announcement of the plan back in 2018, the World Bank has come on board the project, as has the International Solar Alliance (ISA) – a global body established collaboratively by India and France in 2015 with the goal of making solar energy universally accessible at affordable rates. ISA has more than 80 signatories, which indicates the size and impact of the Osowog project.

With some insight into how the global grid is envisioned, the RFP stated, “With India at the fulcrum, the solar spectrum can easily be divided into two broad zones: Far East which would include countries like Myanmar, Vietnam, Thailand, Laos, Cambodia, etc., and Far West which would cover the Middle East and the Africa Region.”

India’s leadership in this project is indicative of a broad shift towards renewables in the country. The government is looking to make the most of India’s hot climate, and recently set a target of 100 GW in solar energy generation by 2022. The country is looking to take the lead on the transition to renewables across the globe, also evidenced by plans amongst the ISA to establish a World Solar Bank headquartered in New Delhi.