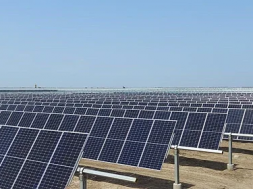 The estimated cost of the project is 50 crore

The Tamil Nadu Energy Development Authority (TNEDA) will install solar panels on rooftops of government office buildings in a bid to generate 10 MW of power.

The estimated cost of the project is 50 crore and the tender process will be finalised by the end of May.

According to TEDA officials, solar panels for one kilowatt cost an amount of Rs 45,000 approximately and will generate 5 units of electricity.

The TEDA has already installed solar panels IN 330 schools, universities and local bodies across the state and the total installed capacity is 1.5 MW.

It has already submitted a proposal to the government to bring up a common policy of installing solar panels on the roof of government buildings.

A senior official of the TEDA while speaking to IANS said: “The excess power generated can be uplinked to the common power grid and subsidies can be availed this being solar power. What is required is a proper planning and coordination between various departments and officials and a political decision.”

Tamil Nadu power minister Senthil Balaji while speaking to IANS said: “The government is for promotion of solar energy and other renewable energy sources. The power department is conducting a detailed study and due diligence on the proposals regarding generation of power and the linking of excess power in the common grid. We are taking into account all the inputs we have received and a policy decision will be taken on the same in the days to come.”